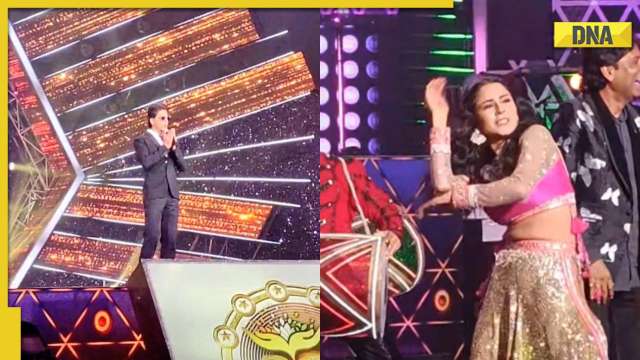 UMANG 2022: The annual cultural entertainment program dedicated to Mumbai Police was held on Sunday and many celebrities from Bollywood and television attended the event. Shah Rukh Khan was the major attraction, as this was his first performance after a voluntary sabbatical.

Finally we will get to see him on stage..#ShahRukhKhan is on #Umang2022 mumbai police incident pic.twitter.com/Iw8rTrwnqD— pi (@iampiyu18) 26 June 2022

Bollywood’s latest sensation Kartik Aaryan also stunned the event by performing on the popular title track of Bhool Bhulaiyaa. All the attendees were enjoying his performance.

Read Also:  Cristian Castro jumped off the stage of Canta Conmigo Now and the studio was in a tizzy: "Don't do that!"

This is Karthik’s performance

This man… whenever he performs on stage – cracks @TheAaryanKartik killing it #Umang2022 #KartikAaryan # Maze 2 pic.twitter.com/gGHH25SS2V

Shah Rukh Khan made a late entry in the event, but how else did he steal the show as soon as he arrived. The actor is currently all set to return to normalcy. After a short break of 1-1.5 years, Khan is enjoying round the clock work. During the actor’s recent Insta Live, Shah Rukh Khan said that he works 12-14 hours a day, and he loves being around the sets.

This is Shahrukh going for an event on a bike

On Saturday, Khan completed 30 years in Bollywood. The Pathan star received love from every corner of the world, and there were countless wishes, tweets and fans pouring in on the actors. Before Umang took to the stage, Khan posted a picture thanking his fans for all the love and support they showered on him. On the work front, Shah Rukh will next be seen in three major releases, Pathan, Jawan and Dunki, in 2023.

Dr. Rod Hochman: 10 healthcare trends to watch in the year ahead

Babies do not have instruction manuals, so here are 5 tips for choosing a parenting book