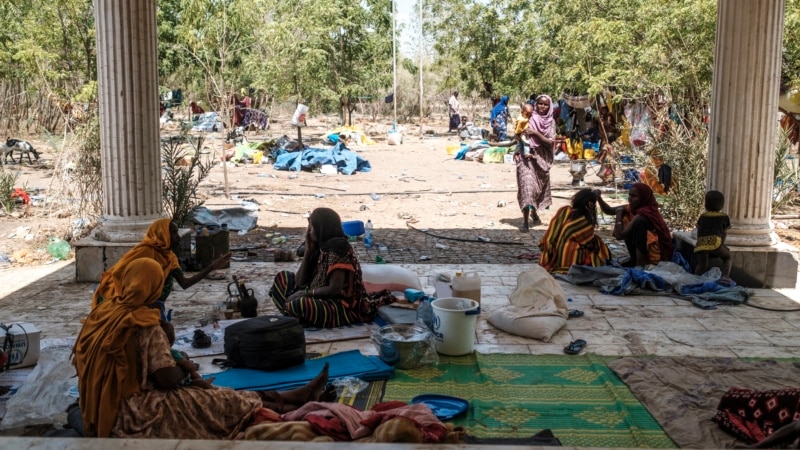 The UN Refugee Agency, UNHCR, is appealing for $205 million for assistance to more than 1.6 million people displaced by conflict in northern Ethiopia.

The conflict, which began 16 months ago in northern Ethiopia’s Tigray region has spread to the neighboring Amhara and Afar regions. This has resulted in a humanitarian crisis for more than 2 million people forced to flee their homes.

The UN Refugee Agency says most of the victims are displaced inside Ethiopia, while nearly 60,000 have fled to neighboring Sudan. UNHCR spokeswoman Shabia Mantoo said all are in desperate need of support.

“Civilians, including refugees and internally displaced people have been displaced, amid widespread reports of gender-based violence, human rights abuses, loss of shelter and access to basic services, and critical levels of food insecurity. … several camps and settlements hosting Eritrean refugees have been attacked or destroyed, further displacing tens of thousands within Ethiopia,” she said.

Ethiopia launched its military offensive in Tigray on November 4, 2020, to oust the Tigray People’s Liberation Front from its northern stronghold. The UN says 40% of Tigray’s population of 6 million suffers from acute hunger, with 400,000 on the verge of famine.

Eritrea, which supports the government, reportedly has attacked several camps in Tigray housing tens of thousands of Eritrean refugees.

Mantoo said funds from the appeal will help provide protection and humanitarian assistance to those affected by continuing violence inside Ethiopia.

“At least 60,000 internally displaced households will be assisted with shelter and emergency relief items. We will establish additional protection desks, adding to the more than 60 that have already been set up, to identify people with specific needs and to refer survivors of gender-based violence to services. And we will support the reintegration of 75,000 displaced families, who wish to return to their homes,” she said.

Mantoo said UNHCR will provide protection and assistance to the thousands of Ethiopian refugees who have fled to eastern Sudan. Critical aid, she said, includes construction of shelters and strengthening health care and education. She said the agency will scale up psychosocial and mental health support to the severely traumatized.

She adds $16 million is being set aside for any potential influx of Ethiopian refugees into neighboring Djibouti, Kenya, Somalia, and South Sudan.

Thousands of Ukrainians are facing housing loss from Britons

War in Ukraine: Refugees are not allowed into Schaffhausen

War in Ukraine: refugees now working in these areas

India will overtake China as most populous nation in 2023

International Commission calls on Ethiopia to end violations in its territory