UN calls on US and China to avoid global ‘Great Rift’ 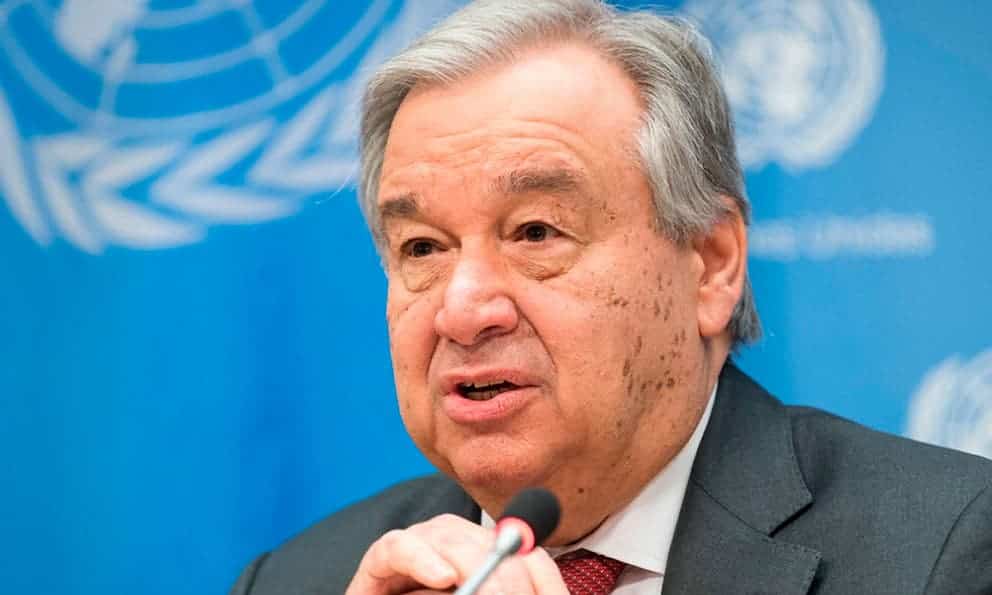 In his speech at the Davos Forum, UN Secretary-General Antonio Guterres asked that the United States and China stop campaigning along their growing divide over what he calls the “Great Fracture” which, according to experts, is costing the UN dearly. Could the nation Global economy 1.4 trillion dollars.


“We risk a disconnection of the world’s two largest economies, a rift of tectonic dimensions This could create two trade rules, two major currencies, two internet networks and two conflicting artificial intelligence strategies,” Guterres warned in his speech to economic and political leaders.


“There are many aspects in which the China-U.S. Divergence, especially on rights issues rights and territorial security, but it is possible and necessary that they engage together on climate action, trade and technology to avoid that separation And even there is a possibility of confrontation in future”, he said.


Guterres claimed that along with China and the US, the rest of the G20 countries are also major emitters of greenhouse gases. greenhouse effect, to unite around a climate agreement that includes making additional efforts not to exceed the 1.5 degree rise limit of the average temperature of the planet.


The battle to keep the limits set out in the Paris Agreement “could be won or lost in this decade, and at the moment we are losing it,” warned the UN chief, who recalled that at the current rate it would cross the century An increase of 2.8 degrees, “with catastrophic consequences.”


“Parts of our planet will become uninhabitable, and for many it will be a death sentence,” said Guterres, who echoed recent revelations that the Exxon oil company already knew in the 1970s that we were headed for climate change, but did nothing to stop it.


“In the case of the tobacco industry, they were stunned by their own scientific findings, They told a big lie, and now those responsible for it must be held accountable, as the tobacco guys did in their time”, he declared.


Guterres painted a gloomy world panorama, struck by several crises at once: with many countries Inflation on the brink of recession, the economy yet to recover from the pandemic and similar conflicts in Ukraine “cause untold suffering not only for Ukrainians but have deepening global implications.”


Multiple Perils in a Divided World


“All of these challenges are interconnected, piled up like a multi-car wreck, and it would be hard to find a solution in better times, especially now that the world is far from united and instead focused on geopolitical Huge levels of division and great mistrust remain,” he summarized.


The secretary-general also called for reforms of a world financial system that “systematically denies debt relief and ffinancing of support to vulnerable countries that are in dire need”.


He asked the global private business sector to change their models and practices so that they contribute Achieving the Sustainable Development Goals, including “expanding economic opportunities for women”, “achieving equity in the distribution of vaccines” and “achieving global food security”.