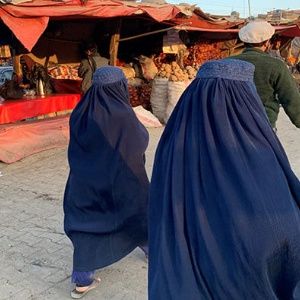 The United Nations Organization on Saturday condemned the order of the Taliban government in Afghanistan, which bans women from working in any non-governmental organization (NGO), national or international.

Through a statement, the United Nations Office for the Coordination of Humanitarian Affairs (OCHA) warned that any such order or orders would violate the most fundamental rights of women, apart from being a clear violation of humanitarian principles.

According to the text, the UN will try to coordinate a meeting with Taliban leaders to explore in detail the new decree, which has been added to the veto on women’s university education less than a week ago.

“Depriving women of their free will to choose their own destiny, empowering them and systematically excluding them from all aspects of public and political life represents a blow to the nation,” the text concludes.

Blinken threatened the Taliban government, saying the order could hinder shipments of humanitarian aid to the Asian country.

Deeply concerned that the Taliban’s ban on women delivering humanitarian aid in Afghanistan will block vital and life-saving assistance to millions of people. Women are at the center of humanitarian work around the world. This decision could be disastrous for the Afghan people.


The European Union joined the voices condemning the Afghan government for the new decree.

The Taliban government issued an order on Saturday banning women from working in any NGO.

The order issued by the Taliban’s finance minister, Qari Deen Mohammad Hanif, requested all NGOs to dismiss their employees on the grounds that they are not following Islamic law by not wearing headscarves at their workplaces.