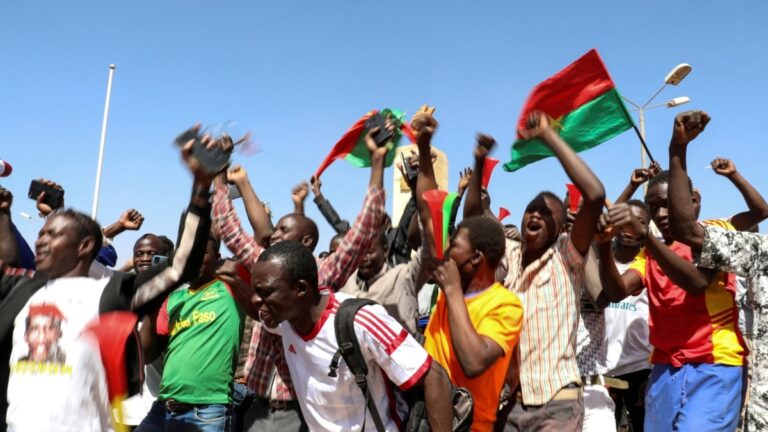 Geneva –
Rising violence and insecurity in Burkina Faso is driving refugees to flee to neighboring countries, fueling political and humanitarian crises in the Sahel region.

The UN refugee agency, UNHCR, says some 19,200 Burkinabes fled to neighboring Ivory Coast, Mali, Niger and Benin last year. This was an increase of 50% over the previous year.

The number of Burkinabe living in exile across the region has nearly doubled to more than 34,000, the agency says. 7,000 of them are refugees who have come to northwestern Ivory Coast or Cte d’Ivoire since May.

“The influx has intensified over the past six weeks – although it is not linked to the recent military coup in the country – with an average of 100 people crossing the border recently, according to local officials,” Cheshirkov said. “We have registered and are already providing assistance to over 4,000 of them.”

The increasing influx of refugees is putting enormous pressure on the fragile Sahel region. The Central Sahel, which includes Burkina Faso, Mali and Niger, is plagued by political instability, widespread violence, food shortages and a climate crisis.

Cheshirkov says this region of 20 million people cannot manage and support a rapidly growing population. He warned that inter-communal conflicts over scarce resources were worsening.

“The plight of Burkinabe refugees is becoming increasingly precarious as more people arrive in Cte d’Ivoire without personal belongings or food,” Cheshirkov said. “They told UNHCR staff that civilians had been killed and that their homes were burned by extremists. They are being hosted by Ivorian villagers in overcrowded conditions.”

On top of the escalating refugee crisis, the UNHCR reports Burkina Faso is also facing a crisis of internal displacement. It said increasing violence by armed groups has forced more than 1.5 million people to flee their homes.