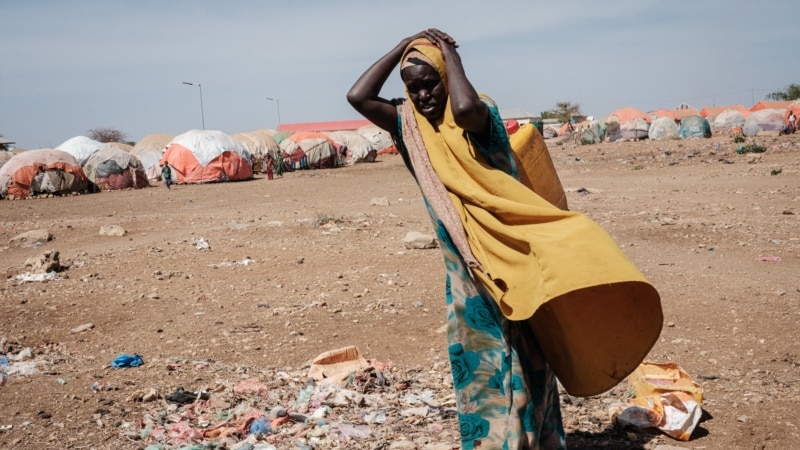 The United Nations warned on Tuesday that Somalia was at risk of another famine, as persistent droughts have dried up crops and killed many livestock, and grain imports from Ukraine and Russia have dropped dramatically due to their war.

Adam Abdelmoula, the UN humanitarian coordinator for Somalia, told reporters in a video call from Mogadishu: “Somalia is certainly headed for famine if action is not taken now.”

He said that if the international community waited to act until a formal declaration of famine, it would be too late.

“We have been there before – in 2011, a severe drought caused a famine that killed 1.25 million people, partly because we were slow to act. We must not let this happen again,” said the humanitarian coordinator.

Abdelmoula said that nearly half of the country’s population, some 7.1 million people, are facing crisis-level food insecurity or at least worse until September. He said that 213,000 of them would face a famine-like situation. The situation is particularly grim in the south and central parts of the country.

Somalia has endured four consecutive unsuccessful rainy seasons, plunging much of the country into a severe drought, prompting the government to declare a state of emergency. The recent moderate rains have not eased the crisis.

Complicating the situation is Russia’s war on Ukraine.

Before Moscow’s February 24 invasion of its neighbor, Ukraine provided Somalia with nearly half of its grain imports, while Russia accounted for 35%.

“Both import sources have completely stopped,” Abdelmoula said. He added that the disruption in the global supply chain as a result of the war and the rise in fuel prices has also adversely affected Somalia.

“In some parts of the country, food prices have increased by 140 per cent to 160 per cent, leaving poor households hungry and destitute,” he said.

The United Nations this year appealed for $1.5 billion for the Somalia humanitarian response, but with half a year to go, it only needs 18% of the funding. This has resulted in the closure of hundreds of United Nations-run feeding centers and health clinics.

Abdelmoula said the World Food Program and partners have already reduced the amount of food and cash to affected communities by up to 40%. And of the 5.1 million people they were trying to help, they’ve only reached 2.8 million.

“And the rest were released,” said the humanitarian coordinator.

The situation is especially dangerous for children under the age of five. Suspected cases of cholera are on the rise and at least 8,700 cases of measles have been reported. Malnourished children are more prone to these diseases.

In 2017, Somalia also faced the prospect of famine, but this was averted by concerted action by both the government and the international community.