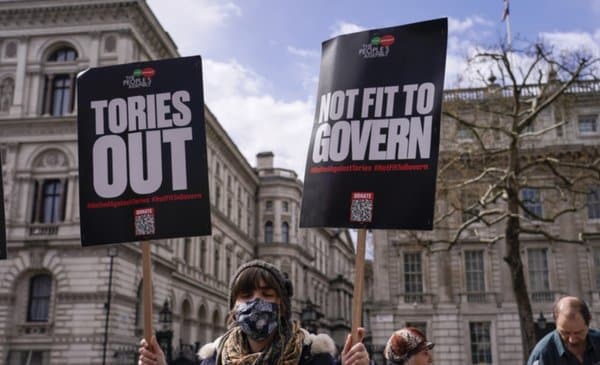 United Kingdomwhat is coming Gas export at its maximum capacity For Europe amid the energy crisis triggered by the Russo-Ukrainian war, it currently maintains the wholesale energy prices with which it operates in the North Sea, but it is possible that can’t last long, Pickets, demonstrations, national strikes and internal and external political disputes form the current British socio-political landscape.

The persistent threat that Russia could cut off natural gas supplies to Europe would drive UK wholesale prices to levels not seen since the early days of the war in Ukraine: £210 per megawatt hour (MWh).

In GermanyFor example, which is heavily dependent on Russian gas compared to the United Kingdom, Gas price increased to £360 per MW Before 2021, European gas prices rarely exceeded £60 MWh.

The delivery contract for the next month is linked to the TTF (Title Transfer Facility: Wholesale standardized price markets for the North Sea regions, which are parameters for European gas prices), 20% up from Tuesday, Since it was announced that the flow of Russia’s gas pipeline on Wednesday Gazprom Nord Stream 1, Which provides a third of Russian gas to the EU, will reduce its gas transport capacity from an initial reduction of 40% of its capacity to 20% of its capacity, that is, half.

Responsible measures for delays in maintenance by the state Gazprom, The fear of dependence on the European bloc has increased It is being used as a weapon by the Kremlin in retaliation for Western sanctions imposed on Russia for its invasion of Ukraine.

There is social unrest in Britain due to energy bills, poverty and political instability. This Great London station turns into strikes and pickets in various parts of the United Kingdom, such as King’s Cross/St. Railway employees (RMTs) at Pancras station who protest against the actual reduction in their wages due to inflation and increase in cost of living in addition to shortage of staff.

Also from tomorrow a two-day protest organized by the Communications Workers Union (CWU) will begin: Employees of telecom company BT will be on strike across the country. About 70 members of the Labor Party may join them. On the streets challenging the authority of party leader Keir Starmer, who recently sacked opposition Transport Minister Sam Terry for publicly supporting the rail strikes and making statements not agreed upon by the Labor leadership. This dismissal angered the British Guild and shook Starmer’s leadership within the party.

All this is added to the government’s political crisis triggered by the resignation of Prime Minister Boris Johnson, Which also leaves the leadership within the Conservative Party (Tory) vacant: former Economy Minister Rishi Sunak and Foreign Minister Liz Truss are the two finalists who will compete for the leadership of the British Conservative Party and the position of Prime Minister to succeed Johnson. , who announced his resignation on 7 July.