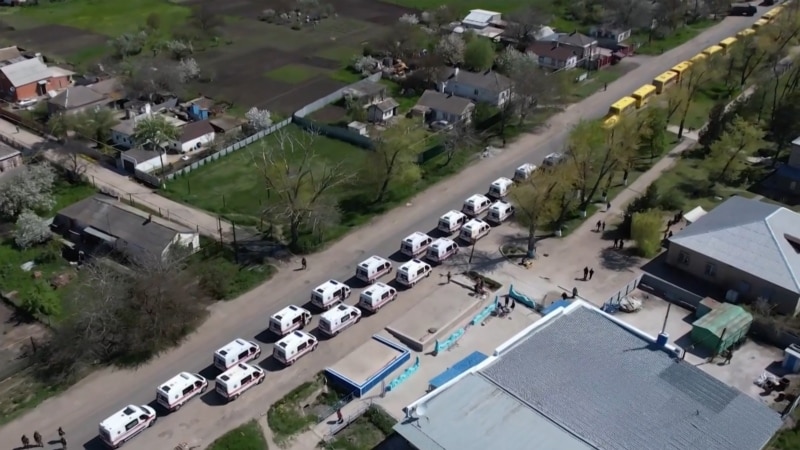 Editor’s Note: Here’s a quick note on what the international community has been up to over the past week, as seen from The Perch of the United Nations. Some civilians were evacuated from the Mariupol steel plant, areas around the United Nations and the International Committee of the Red Cross were able to evacuate some 500 civilians this week in two humanitarian operations in southern Ukraine. Hundreds of people, including 17 children, who had been sheltering for weeks in the tunnels and basements of the giant Azovstal steel plant in Mariupol, came out on 2 May. Humanitarian aid in Zaporizhzhia. A few dozen people chose to stay in Mariupol to look for their relatives. The third operation was going on at the end of the week. Evacuation of civilians from Mariupol Steel Plant on Friday Accountability for war atrocities Several countries, as well as the International Criminal Court, assist Ukrainian prosecutors in collecting, documenting and preserving evidence of war crimes committed since Russia’s invasion on February 24 are doing. They are using 21st century technology to track down criminals and bring them to justice. Digital Evidence Documents War Crimes in Ukraine’s Victims Generation: Millions of children in Ukraine suffer psychological trauma after more than two months of continuous bombings and shelling, food shortages, disability, UN children’s agency UNICEF said on Friday. have had to do. Loss of going to school, and other essential services. UNICEF: Ukraine war has had devastating psychological impact on children Aid is trickling in in northern Ethiopia’s Tigre region Despite a March 25 ceasefire in northern Ethiopia, aid groups say they struggle to get food and medicine to those in need are doing. Providing aid is fraught with risks and challenges, even outside the most affected areas in the Tigre, which are off-limits to journalists. As Tigre Aid blockade continues, adjoining areas are in dire need of food, medicine WHO: Around 15 million COVID-related deaths worldwide may be directly or indirectly linked to the COVID-19 pandemic, the World Health Organization said on Thursday. Since January 1, 14.9 million people have died worldwide. , 2020, to December 31, 2021. Known as the “excess mortality rate,” this figure represents the number of people who died versus the number who were expected to die if there was no epidemic. More than 14.9 million deaths due to COVID have been reported globally: WHO in a nutshell – Secretary-General Antonio Guterres traveled to West Africa this week, stopping in Niger, Nigeria and Senegal. One of the purposes of his visit was to see and hear firsthand the effects of the war in Ukraine on food security. On Monday, the UN chief will be back on the road on a two-day trip to Moldova to meet refugees from Ukraine. Recent fighting between South Sudanese armed groups has led to the death and wounding of dozens, the rape and abduction of several women, and the burning and looting of homes. The United Nations says about 40,000 people have been forcibly displaced from their homes and are in need of shelter and other assistance. The humanitarian situation in South Sudan is dire, with about 7 million people in need of aid but a lack of funds. The United Nations says it has received only 8% of the $1.7 billion needed this year. Quote of the note “People drive for the first three days and then go on foot. Kids, strollers, carry some kids on their shoulders. Oh my god, it’s so hard when I think about it.” We were driving on the highway. It’s such a nightmare, there was so much shooting and shelling. I don’t know why the woman we were driving, I don’t know how she managed, but we finally got to the wreck.” – Tatiana Prikhodko tears up the VOA’s Yaroslava Redemption, describing how she fled from the besieged city of Mariupol to the city of Manhush, eventually arriving at a center for displaced persons in Dnipro, where they met. What we see next week is US Ambassador Linda Thomas-Greenfield going to the Syrian-Turkish border on Monday. She will visit the Bab al-Hawa border crossing that connects southern Turkey with northwestern Syria and is the only remaining international crossing that humanitarians can use to receive vital aid to millions of civilians living in non-government-controlled areas. Huh. Russia wants to close the crossing for the time being, arguing that aid across the lines of conflict inside the country and controlled by Damascus is sufficient. The UN Security Council will have to decide in early July whether to continue access through Bab al-Hawa or end it. Many countries, including the United States, want to see the expansion of cross-border access. Thomas-Greenfield will then continue to Brussels to attend the EU Pledge Conference for Syria, where she is expected to announce new humanitarian support for the Syrian people and the countries hosting Syrian refugees. ,