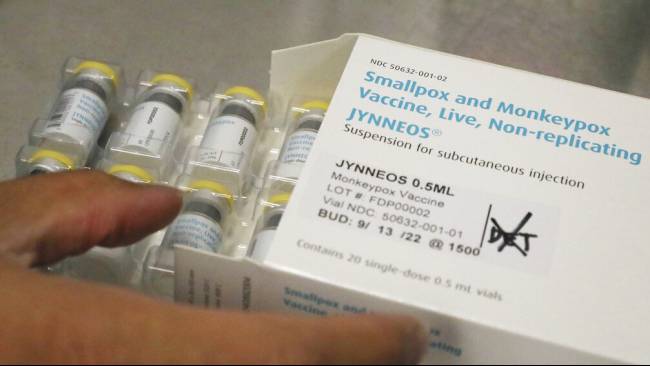 Washington, KOMPAS.TV – The United States federal government on Thursday (4/8/2022) declared a public health emergency to step up its response to an outbreak of monkeypox that has infected more than 7,100 people in the United States, according to reports. The Associated PressFriday (5/8/2022).

The announcement will open the door to the provision of funds, budgets and other resources to fight the monkeypox virus, which can cause fever, body aches, chills, fatigue and a pimple-like rash on many parts of the body.

“We are ready to take our response to this virus to the next level, and we urge every American to take monkeypox seriously,” said Javier Becerra, head of the US Department of Health and Human Services.

announced by Department of Health and Human Services HHS comes as the Biden administration faces criticism over the availability of a monkeypox vaccine.

Clinics in major cities such as New York and San Francisco said they had not received enough vaccine for two injections to meet demand, and some clinics stopped offering a second dose of vaccination to ensure the supply of the first dose. Had to do

The White House said it had provided more than 1.1 million doses and helped increase domestic clinical capacity to 80,000 tests per week.

The monkeypox virus is spread through prolonged skin-to-skin contact, including hugging, hugging and kissing, and by sharing bedding, towels and clothing.

So far the people who are sick are mainly men who have sex with men.

But health officials say the virus can infect anyone.

No one has died in the United States yet. Several deaths have been reported in other countries.

Earlier this week, the Biden administration appointed top officials from the Federal Emergency Management Agency and the CDC’s Centers for Disease Control and Prevention as White House coordinators for the fight against monkeypox.

Thursday’s announcement was a significant and late move in the United States, said Lawrence Gostin, a public health law expert at Georgetown University.

“It signals the seriousness and purpose of the US government, and sounds a global alarm,” he said.

Under the announcement, HHS can use emergency funds to tackle the outbreak, hire or reassign staff and take other steps to control the virus.

For example, the announcement will help the federal government get more information from state and local health officials about who is infected and who has been vaccinated.

That information can be used to understand how the outbreak is progressing and how well the vaccine is working.

Gostin said the US government was very cautious and should have declared a national emergency earlier.