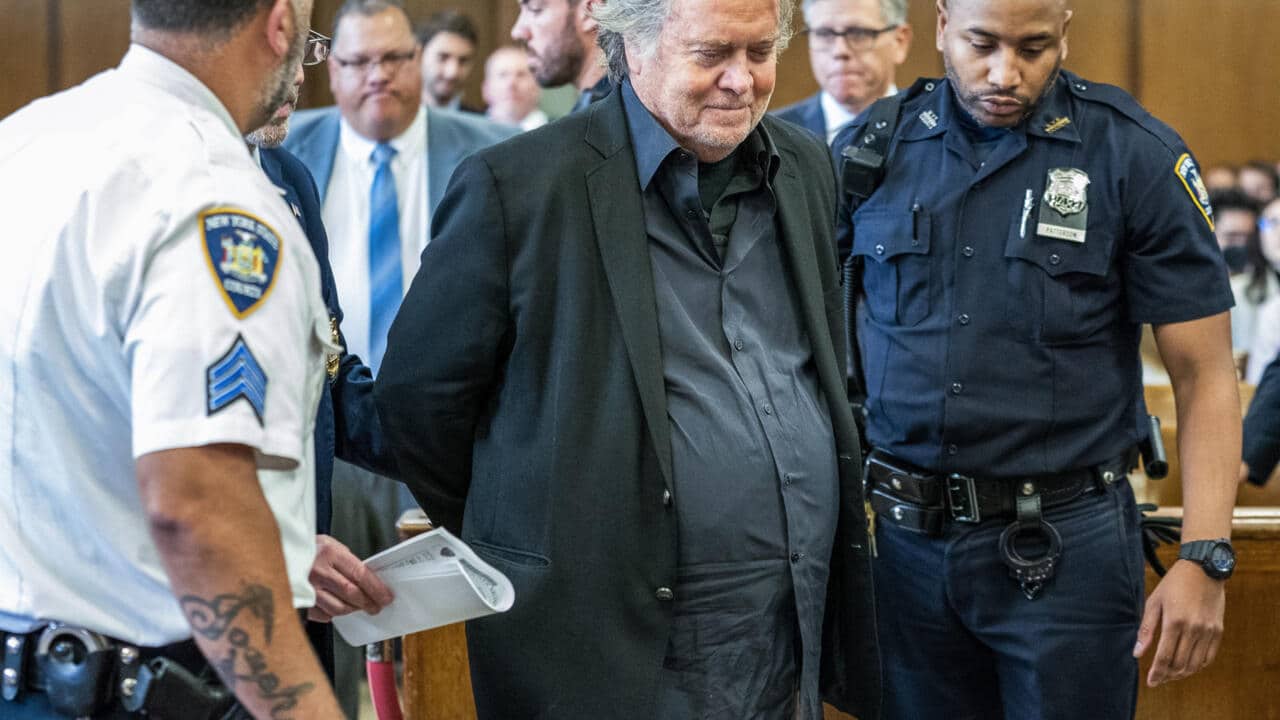 In an indictment made public this Thursday, September 8, Steve Bannon was indicted on charges of money laundering, conspiracy and fraud in a case related to the construction of a border wall with Mexico announced by Donald Trump in 2016. Bannon, 68, pleaded not guilty, calling the charges “absurd”. He was released without bail.

The charges relate to the same facts that were leveled against him in a previous federal indictment that was dismissed after Trump pardoned Bannon before the end of his term two years ago.

In August 2020, Bannon and three others were charged by federal prosecutors with defrauding donors out of a $25 million private fundraiser.

Called “We Build the Wall”, the fundraiser was intended to finance the construction of the wall that Trump wanted along the country’s southern border, to prevent migrants from entering the United States. Bannon pleaded not guilty to the charges before being fired.

According to the earlier indictment as well as Thursday’s indictment, the former Trump adviser concealed the fact that he; The executive director of the fundraising campaign and a third person, Andrew Badolato, were receiving hundreds of thousands of dollars of donor money. The chief executive was identified in court documents as Brian Kolfage, an Air Force veteran.

“Stephen Bannon acted as the architect of a multibillion-dollar scheme to defraud thousands of donors across the country,” prosecutor Alvin Bragg said in a statement. “It is a crime to take advantage of donors by lying.”

Trump’s presidential pardon does not affect the new case, as it covers federal charges but does not prevent state prosecutions.

According to Bannon, the allegations are politically motivated

Bannon claimed in a statement on Tuesday that prosecutor Bragg “has now decided to make false allegations against me 60 days before the midterm elections,” accusing the Democratic prosecutor of targeting him for his radio show, which criticizes Trump. Very popular with supporters.

This latest development comes six weeks after Bannon was convicted by a Washington federal court for obstructing the investigative powers of Congress.

He refused to cooperate with the Congressional Committee investigating the attack on the Capitol on January 6, 2021; Unprecedented attack by Donald Trump supporters challenging Joe Biden’s victory in the 2020 presidential election.

Despite being fired from his position as a White House adviser in August 2017, Steve Bannon remained close to Donald Trump and had spoken with him the day before the attack on the Capitol.

With two months before midterm legislative elections and two years from the November 2024 presidential election in which Donald Trump plans to run again as Republican premier, the political climate in the United States is increasingly tense and the most polarized country in the world.

Trump is the subject of multiple criminal and civil investigations for his role in an attempt to overturn the results of the November 2020 presidential election and the violent attack on his supporters on January 6, 2021.

At a campaign event in Pennsylvania on Saturday, the former president called Joe Biden an “enemy of the state” in response to his Democratic successor, who last Thursday described him as a “threat to democracy” and “the soul of the United States of America.” was described. ,

with Associated Press and AFP