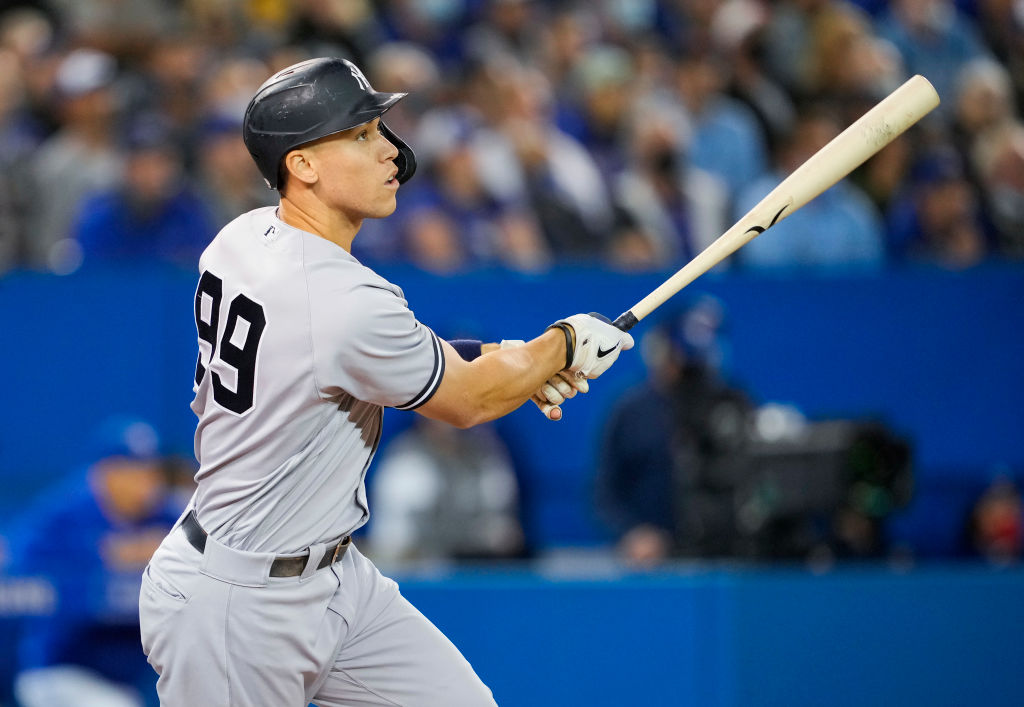 Unvaccinated players on the Yankees and Mets are covered by the same private sector employer mandate that is keeping Kyrie Irving off the court in Brooklyn, a City Hall spokesperson told the Daily News.

Mayor Eric Adams repealed the Key2NYC vaccine mandate covering indoor spaces like gyms, dining and entertainment on Mar. 7. But Irving remained inligible to play under a separate regulation: A private employer mandate put in place by the de Blasio administration on Dec. 27.

The spokesperson cautioned that mandates could shift with the state of the pandemic, but said that the city would not be carving out individual exceptions. The fact that the baseball teams play outside has no bearing on the mandate, the spokesperson said.

Bottom line: Unless the mandate changes, unvaccinated members of the Mets and Yankees would not be eligible to play home games, in addition to road games in Toronto.

“We have to worry about the health of almost 9 million people. No one is trying to hurt Kyrie Irving or a Yankees player,” the spokesperson said.

“On behalf of the Yankees, Randy Levine is working with City Hall and all other appropriate officials on this matter,” the Yankees said in a statement. “We will have no further comment.”

Levine is the president of the Yankees and a longtime New York political figure. He was former Mayor Rudy Giuliani’s labor commissioner from 1994 to 1995.

The Mets did not immediately respond to a request for comment Tuesday morning.

The start of the MLB season was slightly delayed by the owners’ lockout. The Mets’ first home game is scheduled for Apr. 15, while the Yankees’ home opener is Apr. 7, Opening Day against the Red Sox.

Sources in both leagues believe the issue will be resolved by Opening Day.

It’s unclear exactly which players on the New York baseball teams are unvaccinated, but Yankees superstar Aaron Judge is widely believed to have not received the shot. When news came out that unvaccinated players could not play road games in Toronto, it was reported that the Yankees “would miss a chunk of the middle of their order,” implying star hitters other than Judge were unvaccinated.

Judge’s vaccination status came up last summer, when he was among several Yankees to test positive for the virus after the All-Star break.

Judge was asked on Tuesday if he was vaccinated and evaded the question. “We’ll cross that bridge whenever the time comes,” he said. “So many things could change, so [I’m] not really too worried about that right now.”

Several prominent Mets, like Pete Alonso, Francisco Lindor and Max Scherzer, took the vaccine in 2021. But the Mets were also one of the least-vaccinated teams in baseball last year, never hitting the 85% threshold to loosen COVID protocols. Multiple Mets leaned on “personal choice” rhetoric when asked directly about the vaccine last year, including JD Davis, James McCann and now-free agent Michael Conforto.

The mandate also applies for MLS champions NYCFC, which played a home game at Yankee Stadium on Saturday, but its entire roster is already subscribed, according to a teamva.

After the spectacle at the Barclays Center, Kevin Durant blasted the mayor, saying that banning Irving was just Adams seeking attention. Durant later issued a statement clarifying that “My frustration with the situation doesn’t change the fact that I will always be committed to helping the communities and cities I live in and play in.”

At a Parks Department event on Sunday, Adams was heckled about Irving. “Listen, you’re right,” the mayor responded. “Kyrie can play tomorrow. Get vaccinated.”

One major union backed the mandate in response.

Every essential worker you see around the @BarclaysCenter had to get vaccinated to keep their job. Kyrie Irving is still getting his checks.

So the real question is: why do millionaires think they deserve an exception to the rules? https://t.co/OLaPpV549S

“Every essential worker you see around the Barclays Center had to get vaccinated to keep their job. Kyrie Irving is still getting his checks,” the SEIU, a major service-industry union, tweeted on Monday. (Irving is not being paid for home games that he misses while unvaccinated.) “So the real question is: why do millionaires think they deserve an exception to the rules?”

Chris Sommerfeldt and Kristie Ackert contributed to this article.

Bengals’ 2 big plays in 22 seconds not enough against Rams

8 Lakh Steps: He said that with the money he would fix the roof of his house, but when he got the check he changed it and surprised everyone

Who is Khabi Lang? life, career, net worth of most followed tik tok star

The sphinx of death adapts to air currents during its migration

Australian judge says Djokovic may stay but saga is not over