Unwanted loneliness, a public health problem that increases the risk of getting sick and dying 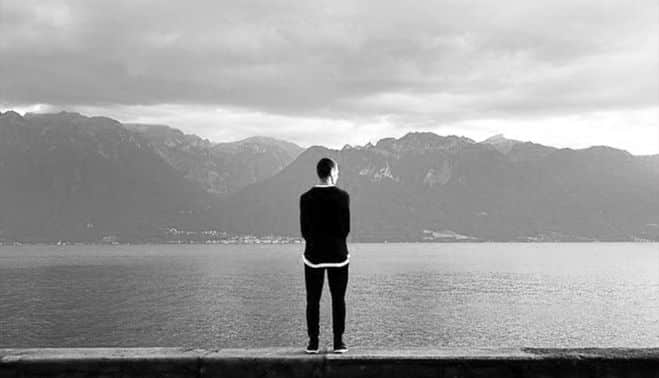 68.4% of the elderly population experience some degree of loneliness. Although most of these feelings of loneliness are moderate, 14.8% have loneliness that can be classified as severe or very severe.

And that not wanting to be alone is living badly, and that it is not a disease, but a manifestation of inequality and social injustice that affects the elderly and women the most.

Unwanted isolation is as much of a concern as smoking, obesity or pollution and is an epidemic that causes heart and mental illnesses.

Loneliness and social isolation increased the risk of mortality by about 30%. There is an increased risk of mental health problems such as heart disease, stroke, dementia and depression.

Loneliness and social isolation are already considered a global public health problem and even an epidemic.

The World Health Organization (WHO) assures that 20% to 34% of older people in China, Europe, Latin America and the United States feel lonely.

Loneliness refers to a feeling of dissatisfaction, which shortens the lives of older people and harms their physical and mental health and their quality of life.

Even among patients undergoing immediate surgery, loneliness was associated with increased odds of death at 30 days.

Lack of companionship kills and makes you ill. Loneliness, social isolation and living alone increased the risk of death by 26%, 29% and 30%, respectively. Loneliness kills like diseases. And it creates more diseases.

In older people, it begins with decline, retirement or widowhood, for example, and closes at home. Fragility, dependency, losing the ability to leave your home or stop driving, mark the turn towards unwanted loneliness. And this increase in social isolation leads to an even greater decrease in the ability to perform normal activities.

Poor social relationships have also been associated with an increased risk of serious cardiovascular problems or stroke in about 30% of people. Adults with social isolation are two to three times more likely to die after a heart attack, while those with strong social ties are 50% more likely to survive.

Loneliness and low social participation were associated with a higher risk of dementia and even sleep problems. Loneliness is also associated with poor lifestyle habits, such as increased consumption of tobacco or excessive alcohol, and these harmful behaviors worsen, in turn, if one is not exposed to healthy behaviors or health advice resulting in fewer social contacts. Is.

@Monica_Garcia_G says: Unwanted loneliness has an impact on the health of individuals and societies. Together we must take responsibility and channelize public resources to serve those who need them most.

@Pilar_HA points out: Those who prefer solitude are those who have paid dearly for company.

@LuisMiguelReal4 comments: Many relationships are maintained more out of fear of loneliness than true friendship (or love). And @mjcaimari points to the same idea: You say you don’t leave your partner for fear of being alone. You’re alone, I tell you. yes you answer Do you know. That loneliness in company hurts. It hurts so much that you avoid recognizing it and look it in the face, convincing yourself that the loneliness is over.

And in that environment @Caro69cr explains: “Loneliness teaches not to succumb to any company.” Gustave Flaubert. Or @Deli60Ros: “I prefer the peace of solitude than the gloom of bad company.” Franz Kafka.

@researchisprogr paraphrases a study in Valencia that says: 36.2% of study participants had moderate loneliness and 6.6% extreme loneliness. The most important of the socio-demographic variables related to loneliness is being single, separated or divorced. In terms of protective factors, having sons/daughters was a significant protective factor, whereas having grandchildren or siblings did not significantly affect loneliness levels. The ability to walk and use of a telephone, messaging applications, and knowing how to video call with a telephone were not associated with significant differences in loneliness levels, suggesting that these factors are not determinants of being in a state of unwanted loneliness.

And in this context @DiariodeCuentos says: In solitude there is no room for more people. O @RobertoBonafont: Those who have overcome loneliness have learned not to settle for anything. @rosaypoesia: I love solitude. Having time for myself, my way of being and doing, directing my life. But how beautiful is shared solitude.

And in the midst of all that has been said, @GeriatricArea says again: it is necessary to prevent loneliness with projects aimed at promoting the psychological and functional potential of the elderly. Unwanted loneliness and the feeling of existential emptiness is a real and dangerous problem. And that’s why it’s not strange what @PedroCanoD says: a supermarket chain installs ‘slow checkout’ for the elderly. Dutch firm Jumbo Supermarkten seeks to combat the loneliness of the elderly by providing them with a slow checkout by thinking above all else of those who need someone to listen to, someone to talk to.

And I say that unwanted loneliness is not a personal failure, but a failure of society as a whole. Loneliness is one of the challenges of increasing importance facing Western societies in this 21st century. Although loneliness can also be a source of personal self-knowledge and facilitate the enjoyment of art, nature, etc., it is usually a phenomenon with negative consequences, as it is usually neither sought nor Nor desired.