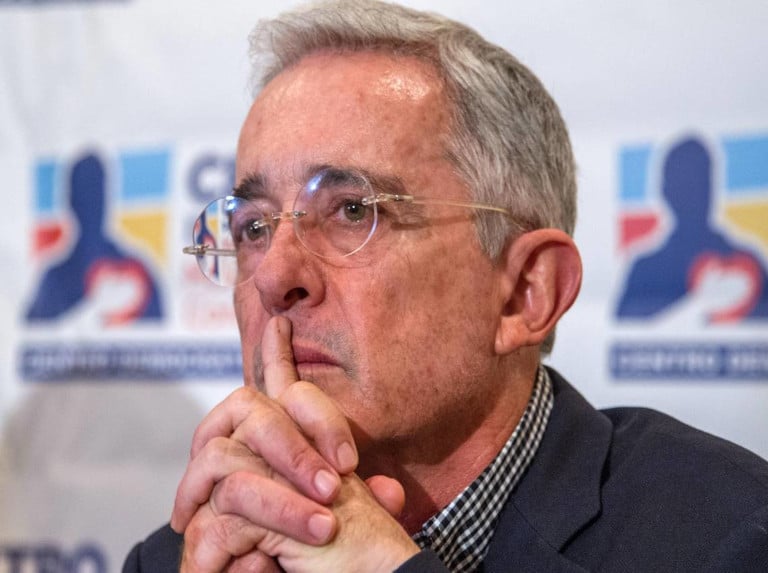 A retired colonel of the Colombian army accused former President lvaro Uribe Vélez (2002–2010) of violating the sovereignty of Venezuelan territory for campaigning against guerrilla groups, as reported by local media ‘W Radio’, cited by Sputnik. alleged to be authorized.

“Within that Security Council, one thing that caught my attention the most was that, when they say at the time everything comes from Venezuela and basically President Uribe says, well get involved, I support it and I am the one who responds. Under that criterion … we conduct the first operation- in Venezuela- with the captain, today Colonel Javier López-who works in the institution-«, Colonel Santiago Herrera Fajardo, sentenced, expanded the station.

Specifies charges against Uribe On the radioA statement by Herrera Fajardo before the Special Jurisdiction for Peace (JEP) took place in the session.

According to the retired colonel, the events took place during the first Uribe government (2002–2006), the date on which the Uribe government was said to have been members of the former Revolutionary Armed Forces of Colombia (FARC) and the National Liberation Army (ELN). hiding in venezuela

One of the military actions referred to by Herrera was in 2003, when five alleged guerrillas were killed in the operation, including a minor, a situation that was later discussed between the government and the United States Embassy, ​​according to the statement. Before JEP

“The Defense Minister at that time called me at around 7 pm, he said that there was a gross violation of human rights and let me tell you what I am telling you here to the Defense Minister: this is an operation that was authorized under These norms and this situation arose, the minor was dead in civilian clothing, he was immediately notified of it, and he told me that they were going to handle that situation directly with the embassy,” Col Herrera commented on JEP .

Finally, the colonel explains that the military action took place near the Arauca River, a border area between the two countries, in which army personnel passed the bodies of those killed from Venezuela.