US, allies fly fighter jets over Korean peninsula in show of force 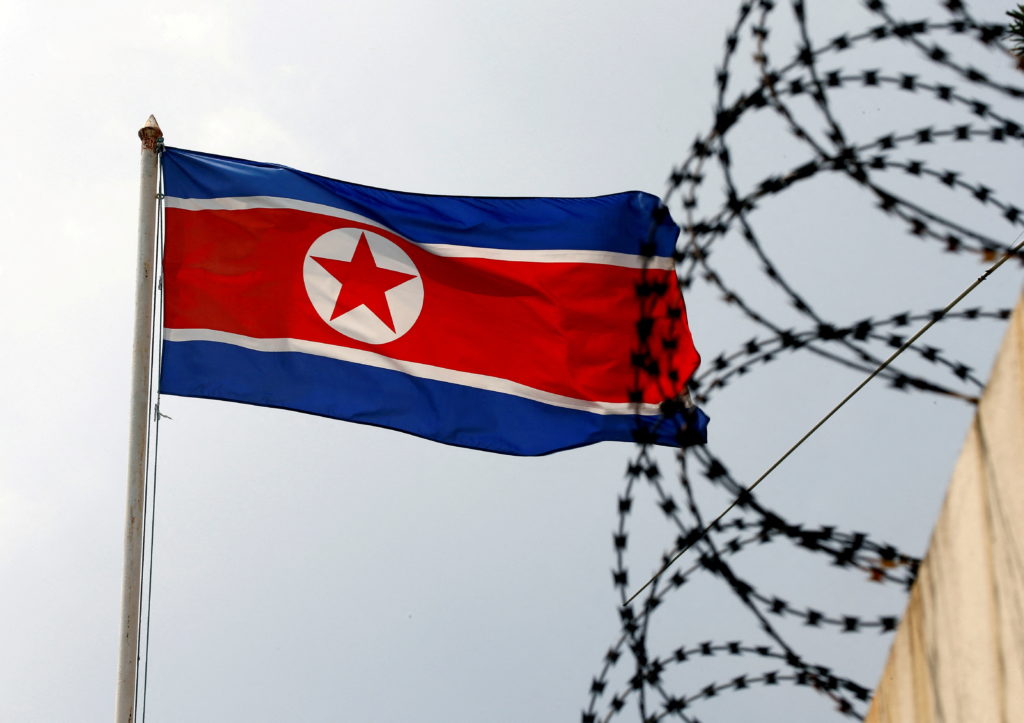 Seoul, South Korea ( Associated Press) — The United States and its Asian allies on Tuesday flew dozens of fighter jets into the waters around the Korean peninsula in a show of force as their diplomats discussed a coordinated response to a potentially impending North Korean nuclear test. discussed.

The flights came as US Deputy Secretary of State Wendy Sherman traveled to Seoul for discussions with South Korean and Japanese officials on gathering North Korea’s threat and if the North goes ahead with a nuclear test detonation, “fast and Vigorous” warned of retaliation. Its the first in almost five years.

If tested, the test could be another leap forward in North Korean leader Kim Jong Un’s goal of building an arsenal that could seriously endanger regional American allies and the American homeland. This would escalate a pressure campaign aimed at forcing the United States to acknowledge North Korea as a nuclear power and negotiate economic and security concessions from a position of strength.

While the Biden administration has vowed to push for additional international sanctions over North Korea conducting a nuclear test, the prospects for stronger punitive measures remain unclear because of divisions among permanent members of the UN Security Council.

“Any nuclear test would be a complete violation of United Nations Security Council resolutions. There will be a swift and forceful response to such a test, Sherman said after meeting with South Korea’s Deputy Foreign Minister Cho Hyun-dong. “We continue to urge Pyongyang to stop its destabilizing and provocative activities and choose the path of diplomacy.”

Expanding the countries’ joint display of military prowess, four US F-16 fighter jets flew alongside 16 South Korean aircraft – including F-35A stealth fighters – over water off the east coast of South Korea, in an exercise The purpose of which is to quickly demonstrate capability. Responding to North Korea’s provocation, South Korea’s Joint Chiefs of Staff said. Japan’s Defense Ministry said the United States and Japan conducted a separate exercise over water between the Korean peninsula and Japan with six aircraft – four Japanese F-15 fighters and two American F-16s.

The flights came a day after US and South Korean forces fired eight surface-to-surface missiles into South Korea’s eastern waters to coincide with a weekend missile demonstration by North Korea, which hit similar targets from multiple locations on Sunday. Weapons were fired in number, which was likely. Largest single-day trial program.

Read Also:  New Zealand won the toss and batted against England in the first test

North Korea has launched 18 rounds of missiles in 2022 alone – including the first demonstration of intercontinental ballistic missiles since 2017 – exploiting a favorable environment to advance weapons development, the Security Council said in an effective response to Russia’s war on Ukraine. utterly paralyzed.

North Korea may move soon as US and South Korean officials say it prepares to conduct another explosion at its nuclear test ground in the northeastern city of Punggye-ri. Its last such test and sixth test overall was in September 2017, when it claimed to have detonated a thermonuclear bomb designed for its ICBMs.

Meanwhile, on Tuesday, US Special Envoy for North Korea Sung Kim said Washington and its allies were concerned not only by the unprecedented number of ballistic missile launches, but also because “senior North Korean officials have used rhetoric which may suggest the use of strategic nuclear weapons. He did not elaborate.

Since taking power in 2011, Kim has accelerated the development of nuclear weapons despite limited resources and has shown no desire to completely surrender the arsenal seen as the strongest guarantee of his survival.

Experts say that with its next nuclear test, North Korea could lay claim to the ability to build small bombs that can be mounted on multiwarhead ICBMs or fitted on short-range missiles that reach South Korea and Japan. could.

International Atomic Energy Agency Director-General Rafael Mariano Grossi said on Monday that there are signs that one of the routes to the Pungye-ri test ground has been reopened, possibly in preparation for a nuclear test.

The Biden administration’s punitive action over North Korea’s recent weapons tests has been largely limited to symbolic unilateral sanctions. Russia and China vetoed a US-sponsored resolution in the Security Council that would have imposed additional sanctions on North Korea over its previous ballistic tests on May 25.

“Unilateral action will never be the most attractive or most effective response, and this is especially the case because we are satisfied that we have close allies in the form of Japan and the Republic of Korea,” he said. Formal name, Republic of Korea.

North Korea’s state media have yet to comment on Sunday’s launch. They came after the US aircraft carrier Ronald Reagan concluded a three-day naval exercise with South Korea in the Philippine Sea on Saturday, apparently their first joint exercise involving a carrier since November 2017, as the country continues its defense. Let’s move on to upgrade the exercises. About the growing threats to North Korea.

North Korea has long denounced the Allies’ joint military exercises as a rehearsal of the invasion and often countered with its own missile exercises, including launches in 2016 and 2017, which took place at South Korean ports and in Japan. Simulate nuclear attacks on US military facilities.

Nuclear talks between the US and North Korea have been stalled since 2019 due to disagreements over the easing of US-led sanctions in return for North Korea’s disarmament steps.

Kim’s pressure campaign has not been slowed by the outbreak of COVID-19 that has spread to a largely unvaccinated population of 26 million amid a shortage of public health equipment. North Korea has so far rejected offers of US and South Korean aid, but there are signs it may get at least some vaccines from ally China.

“We want talks with Pyongyang without any preconditions,” US envoy Sung Kim told reporters on a conference call. He said North Korea “has not responded. Instead, we have seen a significant increase in the scope and scale of their ballistic missile tests.”

South Korean activist Park Sang-hak, a North Korean protester who has launched Pyongyang propaganda leaflets by balloon across the border over the years, said his group on Tuesday used medicine, masks and vitamin pills to help North Korean citizens. Blow up 20 balloons together.

Instagram is about to change the ongoing age limit, the company is bringing a new version

Why is the EU in the South China Sea dispute with Southeast Asia?