US arrested 210,000 migrants at Mexico border in March, a record high 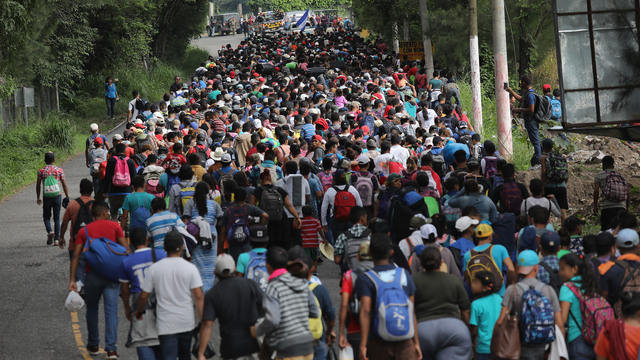 US border officials arrested 210,000 migrants attempting to cross the border with Mexico in March, the highest monthly total in two decades and underscoring the challenges for US President Joe Biden in the coming months, Trend report citing Reuters.

The March total is a 24% increase from the same month a year ago, when 169,000 migrants were picked up at the border, beginning a surge in migration that left thousands of unaccompanied children in crowded border patrol stations for days while they Waiting for placement in overwhelmed government shelters.

Biden, a Democrat who took office in January 2021, promised to reverse many of the harsh immigration policies of his Republican predecessor, former President Donald Trump, but has struggled both operationally and politically, with a high number of attempted crossings.

Republicans, who hope to gain control of the US Congress in the November 8 midterm elections, say Biden’s rollback of Trump-era policies has encouraged more illegal immigration.

Biden officials have warned that migration could increase further after US health officials end the pandemic-era border order by May 23. The order, known as Title 42, allows asylum seekers and other migrants to be rapidly expelled to Mexico in order to prevent them. The spread of COVID-19.

While more than half of the migrants who have crossed the US-Mexico border in recent months are from the traditional sending countries of Mexico, Guatemala, Honduras and El Salvador.

US officials are preparing for 18,000 migrant encounters per day in the coming weeks, but are also prepared for a smaller increase.

The 210,000 migrants arrested in March, a figure made public in a court filing on Friday night, are the highest monthly total on record since February 2000, according to 2000 US Customs and Border Protection figures. according.

The court filing said another 11,000 migrants attempted to enter a legal crossing along the southwest border in March without a valid visa or permission.

Nearly half of the migrants who surfaced in March were expelled under a Title 42 order, the court said.

Without an appeal, WNBA’s Nenka Ogwemi will miss the Olympics