US astronaut returns safely to Earth in Russian capsule 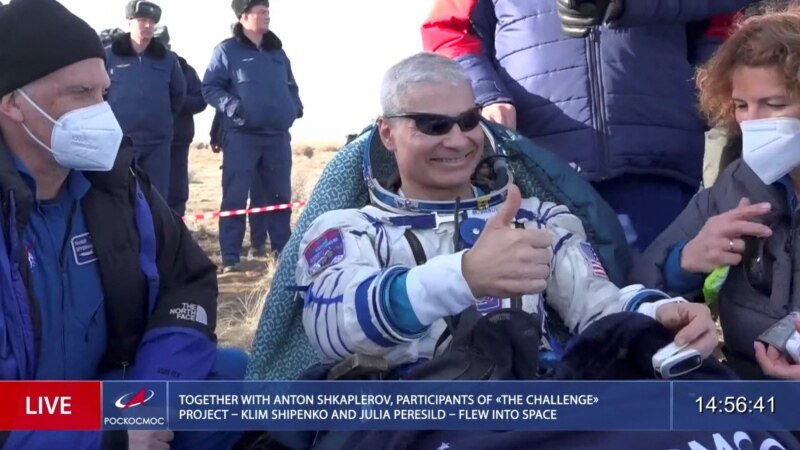 A US astronaut returned to Earth on Wednesday aboard a Russian Soyuz spacecraft after nearly a full year aboard the International Space Station, during which relations between the two astronauts declined over Russia’s invasion of Ukraine.

The capsule with NASA astronaut Mark Vande Hei and Russian astronauts Anton Shkaplerov and Pyotr Dubrov completed a parachute-supported landing on the snow-capped steppes of central Kazakhstan, several hours after it was unloaded from the ISS.

For Vande Hei, it ended an American record stay in space. He was in space for 355 days, beating the previous record of 340 days set by Scott Kelly in 2016.

NASA says the two countries continue to work together on the ISS, although Dmitry Rogozin, head of Russia’s space agency Roscosmos, posted a series of angry tweets shortly after the invasion of Ukraine, suggesting that Russia ISS can leave and it can drop back to Earth. He also shared a video showing Russian astronauts leaving Vande Hei on the ISS.

But in a handover ceremony Tuesday before leaving orbit, Shkaplerov, who commanded the latest ISS crew, expressed a more harmonious view.

“People have problems on earth. We are one crew on a orbit, ”he said.

The invasion led to outages in other areas of cooperation between Moscow and other international space travel partners. The European Space Agency has postponed an unmanned mission to Mars because it relied on a Russian rocket. And the British satellite company One Web has canceled a series of launches because they also relied on Russian-built rockets, and moved some of them to US-based SpaceX.

Some information for this report was provided by the Associated Press, Reuters, and Agence France-Presse.