US-backed Syrian Kurds will head to Damascus if Turkey strikes 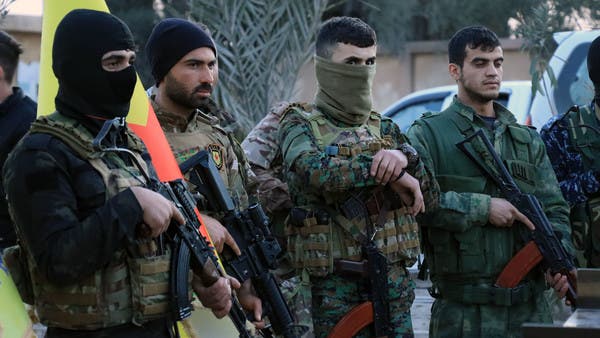 US-backed and Kurdish-led forces in northern Syria said on Tuesday they would turn to the government in Damascus for support if Turkey goes ahead with its threat to launch a new incursion into the war-torn country.

The Kurdish-led Syrian Democratic Forces, or SDF, said after a meeting of its command that its priority was to de-escalate tensions along the border with Turkey, but be prepared for a protracted fight if Ankara threatens.

The announcement appeared to be a message directed at the US and was meant to put pressure on Turkish President Recep Tayyip Erdogan from Washington to put aside his offensive plans.

Erdogan has said repeatedly over the past weeks that he is planning to build a 30-kilometre (19 mi) deep buffer zone inside Syria along the Turkish border through cross-border incursions against US-allied Syrian Kurdish fighters. Planning the campaign – an effort that failed in 2019.

Analysts have said that Erdogan is taking advantage of the war in Ukraine to advance his goals in Syria – even as a potential advantage to coalition membership by Finland and Sweden as a NATO member of Turkey. using capacity.

On the ground, the situation has become tense with daily exchanges of fire and fire between US-backed Syrian Kurdish fighters on the one hand and Turkish forces and Turkish-backed Syrian opposition gunmen on the other.

Turkish-backed Syrian opposition fighters have been preparing for weeks to take part in an expected operation against Syrian Kurdish-led forces to expand their sphere of influence inside Syria.

On the other hand, ties between Kurdish-led militias, who control large parts of northern and eastern Syria – including the cities of Tel Rifat and Manbij, which Erdogan has named as potential targets – have led to Syrian President Bashar al-Assad. Most of the relations have been with the military of Frost over the years.

But in the face of Erdogan’s threat, Syrian Kurdish fighters may want to melt those ties.

“The meeting reaffirmed the preparedness of the (SDF) forces to coordinate with the forces of the Damascus government to face any possible Turkish incursion and to defend Syrian territories against occupation,” the statement said. stated and stated that “a possible Turkish invasion would affect the stability and unity of the regions of Syria.”

The statement did not elaborate on what such coordination involved – and whether the alliance with al-Assad’s government in Damascus would translate into joint forces on the ground. Syrian Kurdish officials could not be immediately reached for comment.

Since 2016, Turkey has launched three major operations inside Syria targeting Syria’s main Kurdish militia – the People’s Protection Units or YPG – which Turkey considers a terrorist organization and Turkey’s banned Kurdistan Workers’ Party, or PKK. is an extension of. The PKK has waged an insurgency within Turkey against the government in Ankara for decades.

The YPG, the backbone of the SDF, has led the fight against militants of the extremist ISIS group and has been a proven top US ally in Syria.

Arguments over whether pandemic asylum ban can end