The United States of America (US) has developed a missile warning system by making 14 missile tracking satellites that will be placed in low Earth orbit. photo/Space.com/L3Harris

Manufacture of 14 missile tracking satellites was assigned to Maxar Technologies for limited global indication, warning and tracking of conventional and advanced missile threats, including hypersonic missile systems. Hypersonic weapons capable of operating at speeds of Mach 5 or higher are the focus of the United States military as well as many superpowers.

The Congressional spending bill has allocated an additional $550 million to accelerate development of Trench 1, a second set of satellites, in fiscal year 2022. The allocation came as the SDA sounded an alarm indicating the development of Russian and Chinese hypersonic vehicles.

SDA Missile Tracking Systems is now developing the Trench 1 tracking layer, which will augment Trench 0, the first set of 28 satellites to be launched with SpaceX starting in September. For Trench 0, eight tracking layer satellites will be used to detect threats and send information to 20 tracking satellites, which can then send their data to the weapons platform.

Like the initial constellation, Trench 1 will also include 28 infrared sensor satellites, which now cost $2.5 billion, according to a Space News report citing an undisclosed Department of Defense project. L3 Harris then owns a $700 million share of the SDA Trench 1 contract, which is equivalent to $1.3 billion.

During the July briefing, SDA director Derek Tournier said Tranche 1 would be the first satellite to target hypersonic maneuvering vehicles, and would directly link Chinese and Russian activities. “These satellites are specifically designed to capture the next generation of threats,” he said.

Read also; This is the secret of Russian hypersonic missiles that were not detected by radar 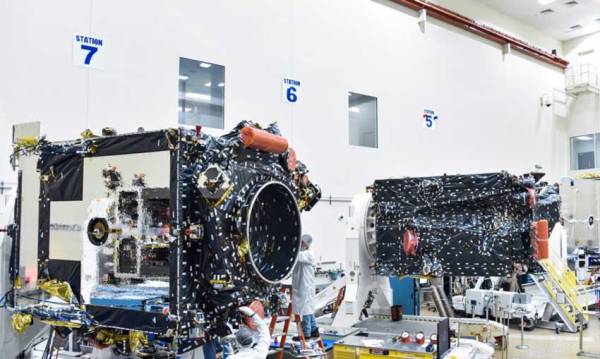 The satellite will be built by Maxar in 2024 for L3Harris Technologies, which is building the first two stages of the SDA constellation with Northrop Grumman. Maxar’s new announcement refers to the second batch of satellites, which L3Harris will launch in 2025.

In June, the US hypersonic missile defense program narrowed the scope of its hypersonic development to two prototypes built by Northrop Grumman and Raytheon Missiles. In addition, the Defense Advanced Research Projects Agency (DARPA) is developing a hypersonic missile interceptor program.