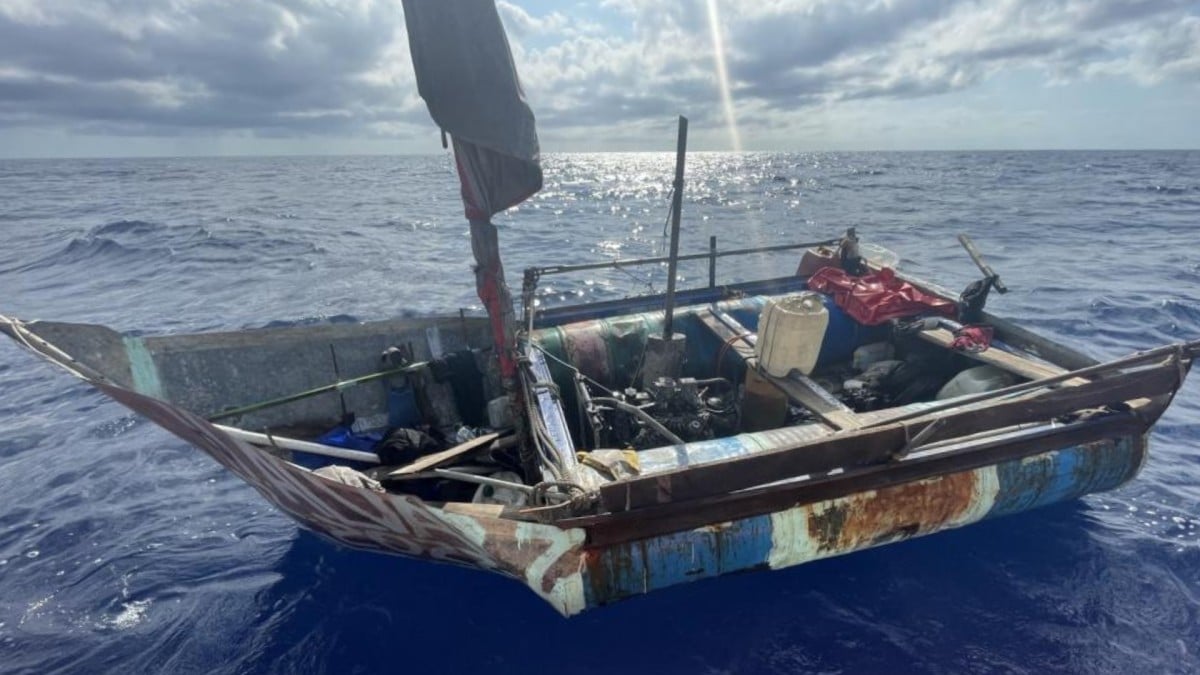 The crew of the United States Coast Guard Raymond Evans intercepted 71 Cubans off the Florida coast on Thursday and sent them back to the island.

The United States Coast Guard (USCG) said in a statement that the Cuban migrants were detained in four operations near Marathon, Boot Key and Key West.

“Crews from the Coast Guard and partner agencies are patrolling the Straits of Florida and the Windward and Mona Passage to prevent the tragic loss of life from these dangerous and illegal maritime voyages,” said Lt. Nicholas Fujimoto of the Seventh Guard District.

“Once aboard a Coast Guard patrol vessel, all migrants receive food, water, shelter and basic medical care,” the official says.

On the day the USCG repatriated the Cubans, the chief of the Border Patrol in the Miami sector, Walter N. Slosser reported that, between Wednesday and Thursday, after four landings, 80 more rafters were taken into custody from the island. Florida Keys.

Cuba is facing one of the worst economic, social, and human rights crises in its history, prompting people to emigrate mainly to the United States.

Many do this by sea in improvised boats, which is why they are known as “rafters”. If they are caught by the US Coast Guard before reaching land, they may end up without the option of seeking asylum, being deported to a communist-ruled island.

Instead, Cubans who make the perilous migrant journey through Central America and Mexico to reach the southern US border are more likely to be accepted as refugees.

The United States Customs and Border Protection Agency last year recorded a historic record of 224,607 Cubans from October 1 to September 30, 2022, who requested political asylum on the territory of the United States after entering through the country’s borders.

From the start of fiscal year 2023 to date, Coast Guard agents have apprehended 2,982 rafters on the island since last October 1. According to information from the USCG, it is estimated that this fiscal year may exceed the record number of the previous one, when the institution detained 6,182 Cuban migrants before landing on the Florida coast: Rafters in the last five years largest number of