US Dollar Weak – Fed Bullish – US Towards Recession? The Fed is raising interest rates in several big moves (75 basis points last week), and will the US rate hike cycle be over in a few months? Inflation is being contained fast and recession is near? Since the beginning of May, we are seeing the US Dollar as a basket currency (blue line) against the Japanese Yen (orange) and the Euro (turquoise) in the Trading View chart. You have clearly seen the dollar fall since mid-July. It is now at its lowest level in six weeks against the yen.

The currency basket US dollar index is currently falling from 109 since mid-July to 105.20 index points – a significant drop in such a short period of time. Forex markets are clearly anticipating a recession in the United States due to the Fed’s aggressive interest rate policy. Well, technically this has been a reality since last week with economic output contracting for two consecutive quarters. But it still doesn’t feel like a slowdown to most observers. The labor market and real estate market in the United States are doing great for that!?

At 4 p.m. today, the US Manufacturing Purchasing Managers’ Index for the month of July for the “price” category showed a real major crash to 60 index points from the previous month’s 78.5 and an estimated 74.3 points. Is it “high inflation” already, is inflation going down again in the United States now? And will the Fed keep raising interest rates for a few more months, really pushing the US economy into recession, and not at least like the last two quarters?

You can also put it this way: It’s currently “capital market vs. Fed”. Markets are speculating that the Fed will soon have to stop raising interest rates too quickly due to the rising risk of a recession. At the same time, central banks like the Fed are still in the process of raising interest rates in full force to keep inflation under check. Is the market “faster than the Fed” and the US dollar in particular is a symbol of this foresight? This week’s main economic topic is Friday’s US jobs report. It can move the bond, US dollar, gold and stock markets. 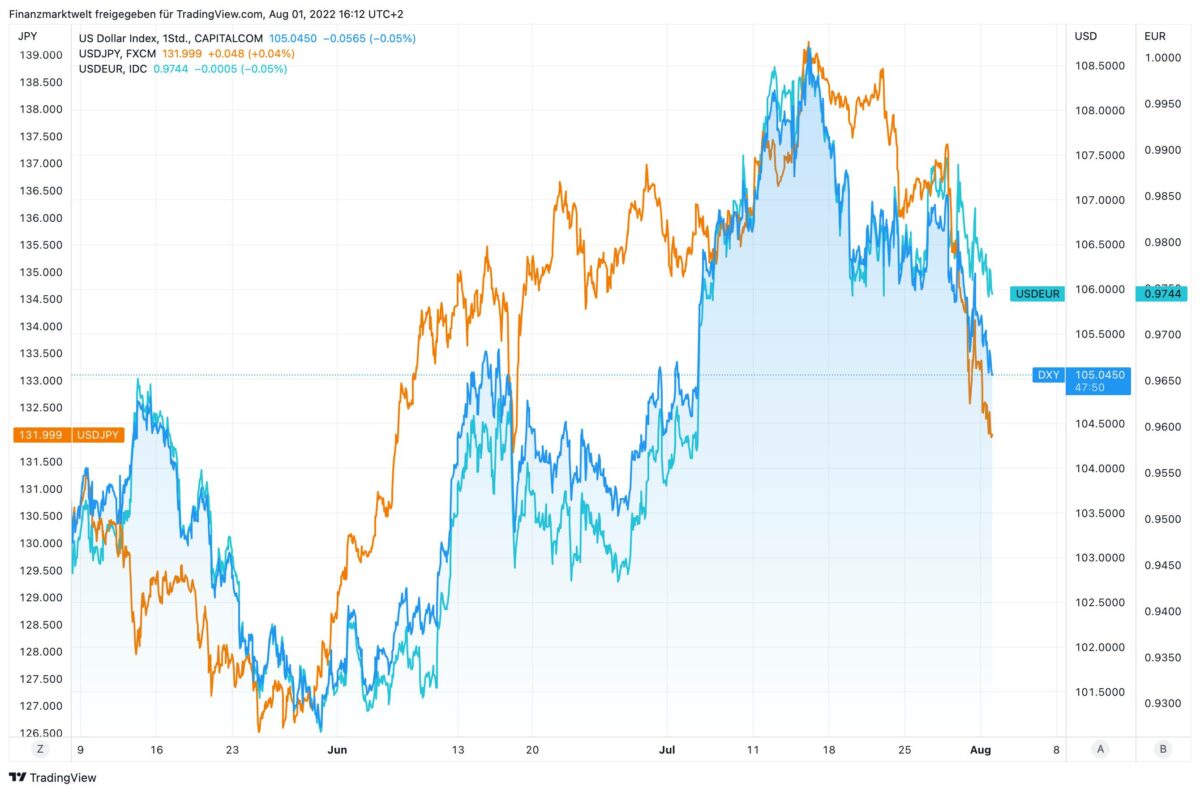 In the chart below we see inverted interest rates, which point to a bearish trend in the US. The two-year Treasury yield (orange line) has been trading higher than the 10-year yield (blue) for the past two weeks. 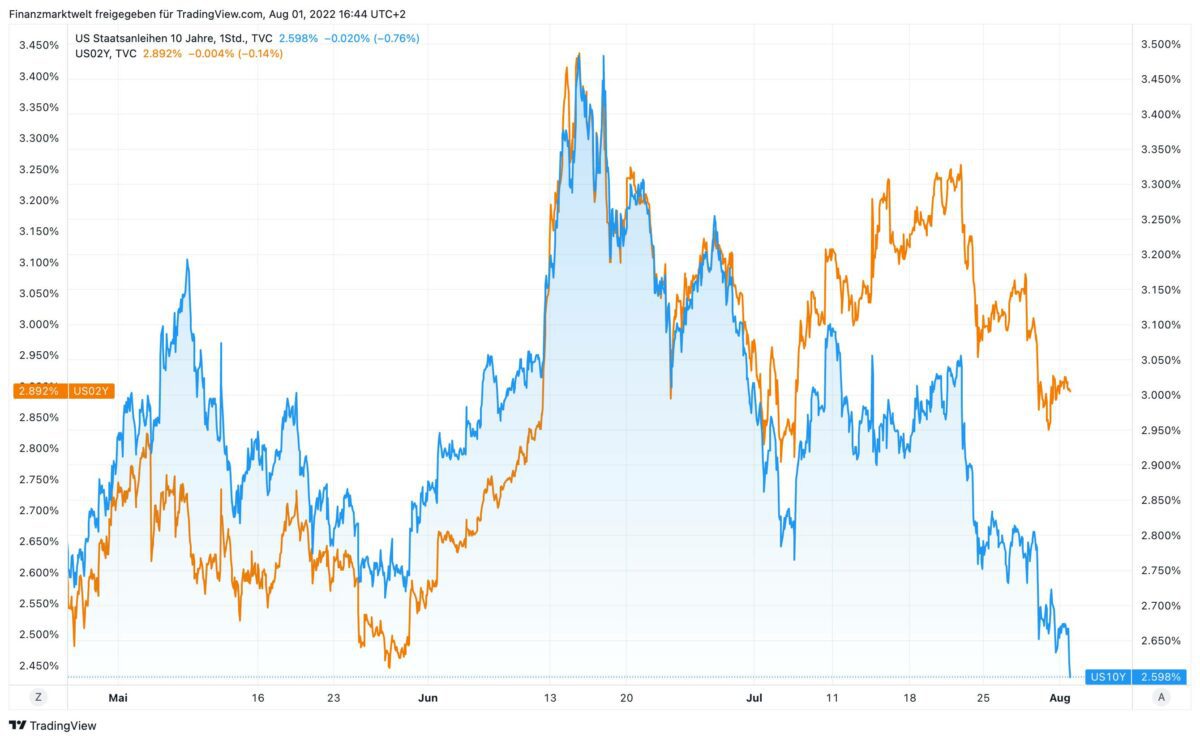 WARNING: The tropical depression becomes a hurricane; His name is Ian and he is a threat to the state of Florida

Neither Anthony Edwards nor Karl-Anthony Towns can do this alone.