US Embassy alerts its citizens in Honduras ahead of curfew 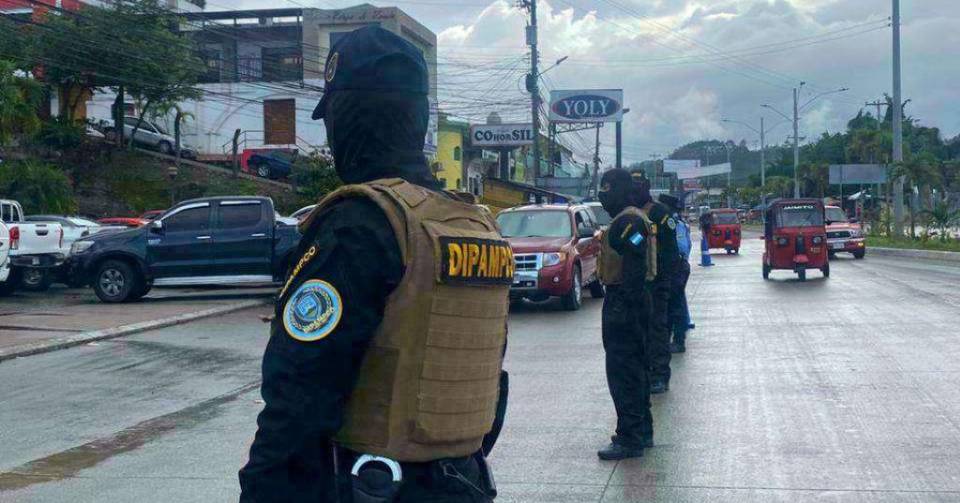 Tegucigalpa, Honduras.- Embassy of the United States Vigilant in Honduras and some provided recommendations For US citizens who are in Honduras curfew announced for the next 30 days in the country.

This measure will be in effect from 6:00 a.m. this Tuesday, December 6th – 6:00 a.m. Wednesday, it will remain in force until the following January 6th, 2023, a time in which it is intended to reduce the criminal activities of the criminal groups that Tegucigalpa and San Pedro prevailed in various neighborhoods and neighborhoods of Sula.

In this context, the US Consulate gave some suggestions before the curfew, such as maintaining identity at all times and keeping a low profile.

Furthermore, it calls upon US citizens to obey all laws and follow the instructions given by the Secretary of Security and the officers of the police elements.

Similarly, it informs that US citizens arrested abroad should request to speak with an embassy. Closest, to overcome this situation.

Similarly, to get in touch with the United States Embassy, ​​citizens may do so by email USAHondas@state.gov and telephone (504) 2238-5114.

+ What are the recommendations during the curfew in Honduras?

Here is the message from the United States Embassy

Be aware of your surroundings.

Keep your travel and identification documents up to date and easily accessible.

Avoid crowds and demonstrations: Be careful if you find yourself around an unexpectedly large crowd.

Be ready to change your plans.

US citizens traveling abroad should always have a contingency plan for emergencies.

Guaranteed to be suspended during curfew

Article 69: Personal liberty is inviolable and may only be temporarily restricted or suspended in accordance with law.

Article 78: Freedom of association and assembly is guaranteed as long as they are not contrary to public order and good customs.

Article 81: Everyone has the right to move freely, to leave, to enter and to remain within the national territory.

No one may be compelled to change his domicile or residence, except in special cases and with the requirements specified by law.

Article 84: No one can be arrested or detained except by an order in writing of a competent authority issued with legal formalities and for a reason already established in law.

However, a criminal can be caught red-handed by any person with the sole purpose of handing him over to the authorities.

The person arrested or detained shall be promptly and clearly informed of his rights and of the facts imposed on him; And in addition, the authority must allow you to inform a relative or a person of your choice about your detention.

Article 93: Even with a jail order, no person can be jailed or detained if adequate surety is provided as per law.

Article 99: Home is inviolable. No entry or record shall be verified without the consent of the person who resides therein or without the resolution of the competent authority. However, in an emergency, it may be raided to prevent the commission of crimes or impunity, or to prevent serious damage to person or property.

The law shall set out the requirements and formalities for carrying out an entry, search or raid, as well as the responsibilities that may be borne by the person carrying out it.

What is described in these six articles loses validity during the next 30 days that the curfew will be in force, so the population that resides in the neighborhood and neighborhood or frequently covered by the decree should be concerned Caution should be taken.