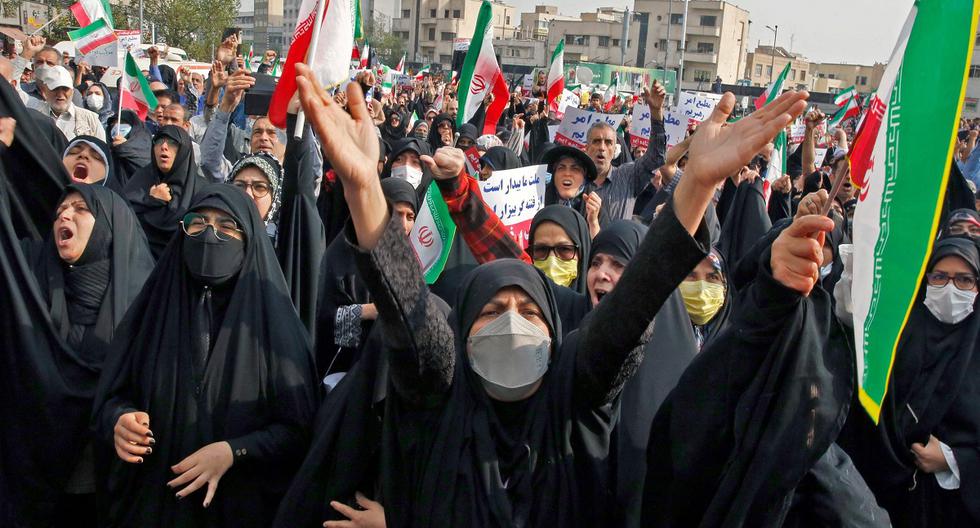 America said on Monday that “nothing suggests” that Iran Treatment of women is improving after Iranian attorney general announces disbandment morality police After months of protests against stricter regulations on women’s clothing.

,Unfortunately, nothing we’ve seen indicates that Iran’s rulers are improving their treatment of women and girls or stopping violence against peaceful protesters.”A State Department spokesman declined to comment, saying “Vague or Vague Claims by Iranian Officials.”

Iran It has faced some of the biggest protests since the 1979 Islamic Revolution following the death on 16 September of Mahsa Amini, a 22-year-old girl of Kurdish origin who was detained by Iranian morality police.

Iran’s attorney general was quoted over the weekend as saying that the morality police had been disbanded, but activists expressed doubt that significant changes were underway and the Tehran government did not confirm the move.

Later, US Secretary of State, antony blinkasked about comments, congratulated “Incredibly Brave” protesters and said the report was unclear on police ethics.

“I don’t know exactly where it’s going, but the main thing is that it’s about the aspirations of the Iranian people.” Blinken told reporters during trade talks with the European Union in suburban Washington, Maryland.

,It is about whether the regime will take them into account and act accordingly. But to try to suppress, to use violence, to push people back, it is not a sign of power; it’s a sign of weaknessBlinken said.

Washington has repeatedly criticized Iran for its record on women’s rights and the authorities’ crackdown on protests.

In early November, Vice President Kamala Harris said that the United States would join efforts with other countries to oust Iran from the United Nations Commission on the Status of Women (UNCSW).

IranGoverned by Shia Muslim clerics, was elected to serve as a member of the UNCSW until 2026. The United States will remain a member until 2023.

Linda Thomas-Greenfield, the US ambassador to the United Nations, reiterated Harris’ call on Sunday: “Removing Iran from the Commission on the Status of Women is the Right Thing”he tweeted.

The 54-member UN Economic and Social Council (ECOSOC) is expected to vote next week on whether to exclude the Islamic republic from the commission.

Iran accused the US of pressurizing countries ahead of the vote.

This Monday, Iranian Foreign Ministry spokesman Nasser Kanani said Washington was trying to bail out Iran “with the help of some European countries”, calling it “illegal”.