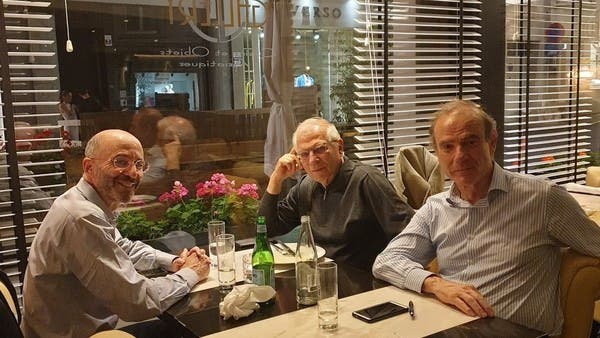 The US and Iran on Wednesday ended indirect talks on reviving the 2015 nuclear deal without success, according to officials.

“Two days of intense talks in Doha on #JCPOA. Unfortunately, the EU team as coordinator did not expect progress yet,” said Enrique Mora, EU coordinator for talks.

Mora said he would “continue to work with even greater urgency to get an important deal back on track for non-proliferation and regional stability.”

Two days of intense proximity talks in Doha #JCPOA, Unfortunately, the EU team as coordinator was not yet expected to progress. We will continue to work with even greater urgency to get back on track an important deal for non-proliferation and regional stability. @JosepBorrellF pic.twitter.com/eA1Wluif01

EU official and EU foreign policy chief Joseph Borrell has expressed optimism in recent days for the resumption of stalled talks between Washington and Tehran.

A senior US official told Axios that it is up to Iran to decide whether it wants a deal.

One of the main sticking points in recent months was Washington’s refusal to lift the IRGC’s terror designation, which was reportedly introduced by US President Joe Biden’s envoy to Iran before the president said no.

“The Iranians have not demonstrated any urgency, raising old issues that have been resolved for months, and even raising new issues that are not related to the 2015 nuclear deal. Sometime There is a deal available for that,” the US official told Axios on Wednesday. “If there is any side that needs to make a decision, it is it. And it has been them for months.”

Read Also:  The top senator in Pennsylvania says he supports the election audit

A State Department official told Al Arabiya English that “indirect discussions are ongoing, but we do not currently have additional updates.”

The official said: “As made clear by us and our European allies, we stand ready to immediately conclude and implement the deal negotiated in Vienna for a mutual withdrawal for full implementation of the JCPOA. needs to decide to drop its additional demands which go beyond the JCPOA.”

You Think You Eat Healthy, But Data Shows You Aren’t