US issues 15 alerts for violence in Mexico during 2022 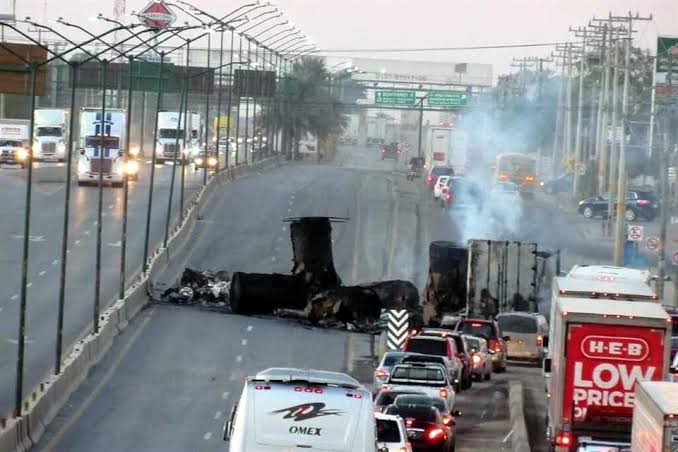 The first notice of 2022 was done on 25 January. It was issued by the consulate of Mérida, and was issued because of a shooting at a restaurant in Playa del Carmen, in which authorities reported one dead person.

On March 14, a new recommendation was issued, this time by the Nuevo Laredo consulate. The reason for the notice was a response to reports of shots fired near the United States Consulate.

On March 28, a new notice was issued after an alleged shooting was reported at the Cancun airport; After being investigated by security officials, it was concluded that no shooting had taken place, the sound seen at the location was caused by three advertisements falling.

A fresh notice was published on April 1 following violent incidents in Colima that left five people dead in different parts of the state.

After violent fighting between labor unions in Zacatecas, on April 18 American workers were urged not to travel to the state by land, doing so only by air.

On 28 April, the US Consulate in Guadalajara issued a security advisory for Puerto Vallarta and Guadalajara in Jalisco; and Nuevo Nayarit, in Nayarit, due to an increase in the number of security forces that could lead to conflicts with criminal groups.

On May 6, United States authorities barred its employees from traveling on Federal Highway 110 between the states of Michoacán and Jalisco due to territorial disputes in the region.

A new US alert was issued on 24 June, noting an increase in violence in Chiapas caused by criminal groups.

On July 4 and 15, alerts were issued in Tijuana and Rosarito, Baja California due to possible clashes between security forces and criminals; and in Sinaloa and Sonora, respectively.

Following roadblocks, shootings and burning of vehicles in the Guadalajara metropolitan area, the eleventh alert was issued on 9 August.

This situation led to a new US alert being issued on 12 August in various parts of Baja California.