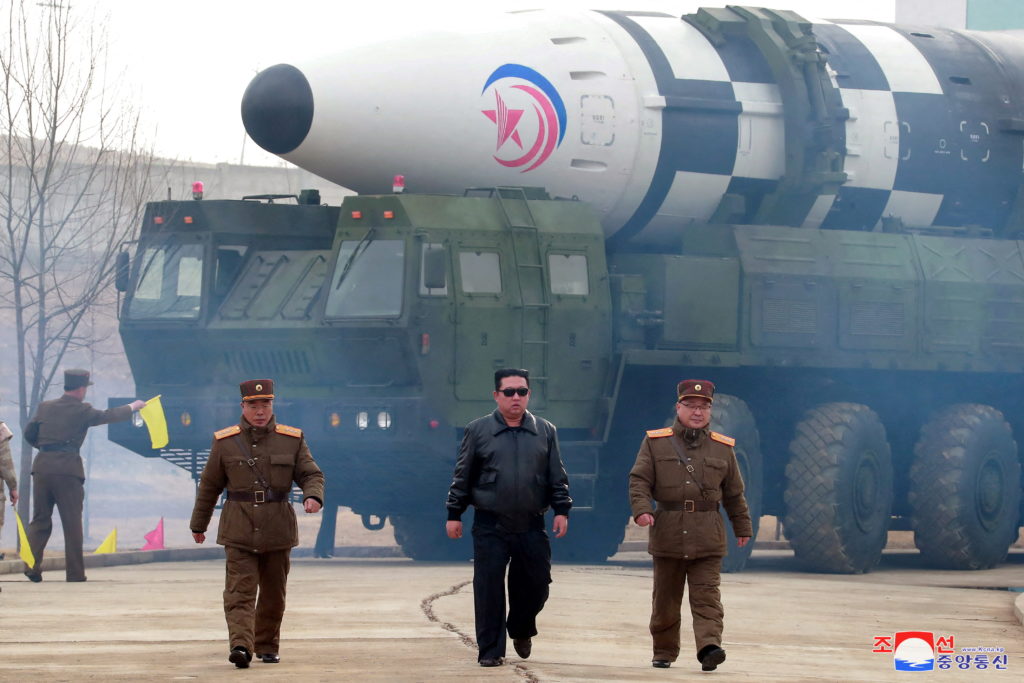 Seoul, South Korea ( Associated Press) — The US special envoy for North Korea said on Monday that Washington and Seoul agreed on the need for a strong response to North Korea’s recent missile tests, although they are open to talks with the country. .

Sung Kim flew to South Korea for talks on Monday, two days after North Korea tested a new type of missile in its 13th round of weapons firing this year. Experts say North Korea wants to ramp up its weapons arsenal and wrestle concessions from its rivals, such as sanctions relief.

The weapons tested include nuclear-capable missiles capable of targeting both the US mainland and its allies such as South Korea and Japan. There are concerns that North Korea may soon conduct a nuclear test to intensify its pressure campaign.

“We agreed on the need for a strong response from North Korea to the destabilizing behavior,” Kim told reporters after a meeting with his South Korean counterpart. “(We) also agreed on the need to maintain the strongest possible joint deterrence capability on the peninsula.”

South Korea’s nuclear envoy Noh Kyu-duk said he and Kim shared concerns that North Korea would continue to engage in acts that escalate regional tensions. He urged North Korea to return to talks.

Kim said the allies “have not closed the door on diplomacy” with North Korea and have “no hostile intentions” towards the country. He reiterated his earlier statement that the United States is ready to meet North Korea “anywhere, unconditionally.”

North Korea has so far rejected Kim’s outreach, saying the United States must first abandon its hostile policy before talks can resume. Some experts say North Korea wants the US to ease sanctions or suspend its regular military exercises with South Korea, which it sees as an invasion rehearsal.

Earlier on Monday, US and South Korean forces began their springtime computer-simulated command post exercises. North Korea has previously responded to such exercises with missile tests and war-like rhetoric.

North Korea said on Sunday that it tested a new tactical guided weapon a day earlier that would boost its nuclear warhead capability. Some analysts say the weapon could be a short-range ballistic missile that could be fitted with a strategic nuclear weapon capable of targeting South Korea.

Last month, North Korea tested an intercontinental ballistic missile capable of reaching the US homeland in its first long-range weapons test since November 2017.

US-led diplomacy meant to persuade North Korea to abandon its nuclear ambitions in exchange for economic and political rewards has largely remained at a standstill since 2019.