US position in Syria is risky | head head | adwords 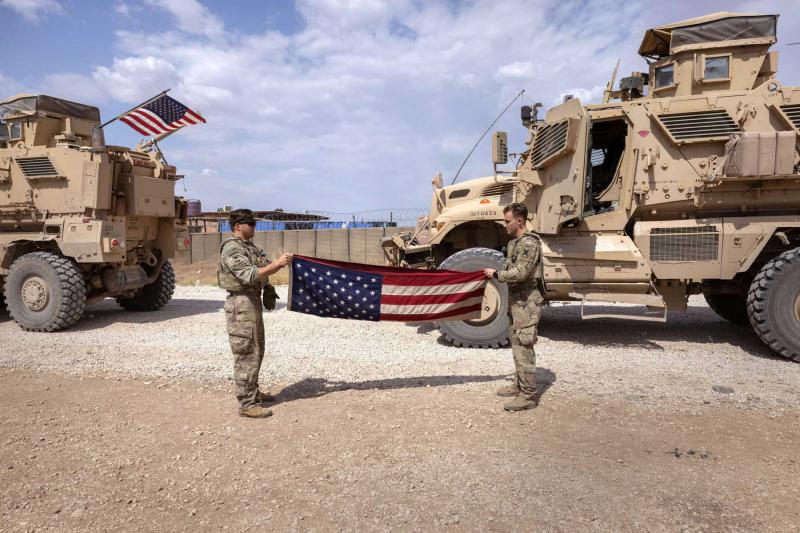 Last year saw a significant increase in the number of attacks against US forces in Syria and this trend is already continuing in 2022. Earlier this month, eight missiles fell on a military base hosting US troops in northeast Syria, suggesting that there would be no let-up in targeting US troops.

While no organization has claimed credit for the spike, an analysis of the circumstances surrounding the attacks and the US response suggest two things. First, the absence of American casualties indicates that the goal of the attackers is to send a message rather than cause harm. And second, Washington’s conscious decision not to retaliate is encouraging these actors to use missiles as their primary means of communication.

About 900 US troops are believed to be stationed in Syria. These troops are focused on supporting the Kurdish-led Syrian Democratic Forces to keep pressure on the remnants of ISIS and prevent them from retaking the area. In addition to their advisory role, US troops conduct regular patrol operations in northeastern Syria and participate in security operations against the extremist group’s allies.

However, not all US troops are stationed inside Kurdish-controlled territory. Washington also has a relatively significant military presence in al-Tanf, which is located on the strategic road connecting Tehran to Lebanon via Iraq and Syria. Therefore, the base is widely seen as part of a larger US strategy to control Iran’s military access to the region. This, among other reasons related to the historical rivalry between the two countries, has prevented Tehran from considering Washington as a strategic ally against ISIS in Syria.

This is evidenced by the increasing frequency of attacks on major US military bases in Syria. US forces have been attacked once a month, on average, since June 2021, an unprecedented rate in the history of US operations in Syria. Most of these attacks were carried out against American locations in Deir Azor, where campaigns against ISIS are concentrated. Despite its importance to Iran, the al-Tanf base remained in second place. This is because it is easier to target US bases in the Northeast. Al-Tanf’s location in Syria’s Badiya Desert, which is flat and unpopulated, allows the US to easily identify and eliminate any ground attacker.

To overcome this operational hurdle, anti-American bombers resorted to using unmanned aerial systems. Unlike short-range surface-to-surface missiles, which are used in other crimes, the use of drones requires more technical expertise and therefore reveals valuable information about the identities of attackers. The drones used in these attacks are more sophisticated than the modified commercial equipment used by groups such as ISIS. More importantly, these drones are the same as those used against US airport in Iraq. The attacks in Syria also reflect the tactics used by Iranian-backed militias in Yemen and Iraq. These findings, among others, strongly indicate that Iran or Iranian-backed groups are behind these incursions.

Expelling US forces from Syria appears to be the common goal of these attacks, but the triggers that triggered them appear to be different. For example, the latest series of attacks, which were coordinated in both Syria and Iraq, are believed to have been inspired by the desire of Iranian-backed groups to commemorate the second anniversary of the death of Qasem Soleimani, an American had killed. Air raid in January 2020.

Meanwhile, US and Israeli officials have said that Iran-backed groups in Syria, in addition to launching strikes in response to US airstrikes, are also attacking US forces in response to Israeli airstrikes. A report in The New York Times in November identified an armed drone strike against al-Tanf as the first Iranian retaliation against the US in response to an Israeli attack. Open data sources confirmed the airport was targeted a few days later after unidentified drones targeted Iranian-backed factions twice in the eastern countryside of Deir Ezzor. Those airstrikes killed at least seven militia members, destroyed several weapons depots and caused major explosions in the area.

But these triggers are not new and alone cannot explain the motivation for the recent surge in attacks against US forces. Therefore, the answer may lie in US foreign policy under the Biden administration. White House decisions to withdraw from Afghanistan and end US combat missions in Iraq have encouraged Iran-backed militias to test Washington’s borders in both Syria and Iraq.

More importantly, the US has avoided aggressive retaliation against those involved in attacks on its bases. Instead of identifying and punishing the responsible groups by military or other means, America’s response has largely been limited to targeting the shootings.

Washington’s soft stance is mainly due to its fear of jeopardizing nuclear deal talks with Tehran, as well as its desire to halt military growth in the region.

It is not clear whether America’s liberal attitude will allow the White House to escape these traps. But failing to make the price of attacking US forces unbearable will almost certainly fail to mitigate the risks facing US troops in Syria.