US, Russia Go Toe-to-Toe in Information War Over Ukraine 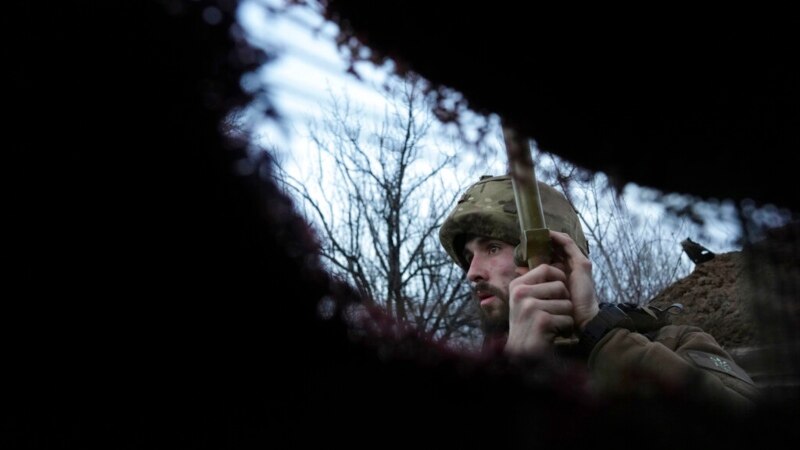 Has US President Joe Biden been boxing in his Russian counterpart, making it awkward for Vladimir Putin to order a “shock and awe” invasion of Ukraine?

The Biden administration’s tactic of publicly disclosing real-time intelligence has raised the eyebrows of some spies, who favor more reticence, but it is drawing praise from information-war specialists and Western diplomats.

Michael McFaul, a former US ambassador to Moscow, said on Twitter that he thinks the administration may have surprised the Kremlin with how it has competed in an information war that is shaping public perceptions and, possibly, decision-making and even real war planning.

After Biden told reporters in Washington that he is now convinced Putin has chosen to invade Ukraine, including striking at Kyiv, McFaul and other former and current diplomats speculated about whether Biden was carefully hemming in his Russian adversary.

“Biden has given Putin a brilliant off-ramp,” McFaul tweeted. “By announcing to the world that Putin plans to invade, Putin can now embarrass Biden by not invading and blaming the West for beating the ‘drums of war.’ Take it Mr. Putin. Embarrass my president! (Small price to pay for avoiding war),” he added.

Earlier this month, US and British officials pointed to Feb. 15 or 16 as the likely start date for a Russian invasion of Ukraine. When the invasion did not happen, Kremlin officials quickly ridiculed Washington for its prediction.

“They were humiliated and defeated without a single shot,” she added.

“I’d like to ask,” she later wrote, “if US and British sources of disinformation … could publish the schedule of our upcoming invasions for the year. I’d like to plan my holidays.”

The Kremlin has consistently denied it is planning to invade Ukraine and has accused Western leaders of whipping up “hysteria.” Kremlin-directed media have been telling their domestic Russian audiences that NATO has been fomenting alarmism and is working to shape a false pretext to attack Russia.

Other Western diplomats say the mockery is worth enduring, if it prevents Putin from ordering a re-invasion of Ukraine or disrupts his planning.

“I think Biden and his team have been making a good job of it and waging an information war that must have taken the Kremlin by surprise,” a senior UN diplomat told VOA on condition of anonymity.

“It has been fascinating to watch the back and forth: Washington has been forward-leaning and anticipatory and has been quick to counter Russian disinformation. And I suspect they have upset some Kremlin plans by highlighting them early,” he added.

He cited the quick calling out of Russia after the Kremlin last week said it was withdrawing forces from the Ukraine’s borders. US and NATO officials were aided in labeling the pullback a ruse by independent commercial satellite surveillance and Earth observation companies, like Maxar, that have been plotting Russia’s military buildup and sharing images with the international media.

Ukraine’s President Volodymyr Zelenskyy, though, has been critical of Washington’s information tactics, and earlier last week he distanced himself from American and British warnings of an imminent invasion, straining Kyiv’s relations with Washington. He also half-mocked Western predictions, saying in a national broadcast: “We are told that the Russian invasion will begin on February 16. I therefore declare that this day will be the day of unity in Ukraine.”

That was not the first time Zelenskyy differed with NATO since the crisis began. Occasionally the rift has appeared awkward, considering that Kyiv depends on the Western alliance for military aid and diplomatic support, and has called for new and punitive Western sanctions to be imposed now, and not after an invasion, analysts say.
Zelenskyy returned to the West’s ominous predictions at the Munich Security Conference, complaining to US Vice President Kamala Harris about the frequency of the grave warnings, saying the tactic is damaging Ukraine’s economy and risks demoralizing Ukrainians.

US Secretary of State Antony Blinken is unapologetic about how Washington is competing with Russia in the information war.

Some former and current Western intelligence officials worry about the publicizing of raw real-time intelligence appraisals, saying that if predictions are not borne out then the public will conclude the spies got it wrong, lose faith in them and dismiss the reliability of intelligence, when in fact the disclosure may have prevented something from happening.

American and British intelligence agencies remain under a cloud for their inaccurate assessments of how close Iraq’s Saddam Hussein was to making a nuclear bomb and hiding and developing weapons of mass destruction. Those appraisals were used by Washington and London in part to justify the invasion of Iraq and were famously cited by then-US Secretary of State Colin Powell in a presentation to the UN in February 2003.

Nevertheless, Blinken stands by the intelligence the administration is receiving, saying the scenarios that have been outlined by US intelligence agencies are convincing.