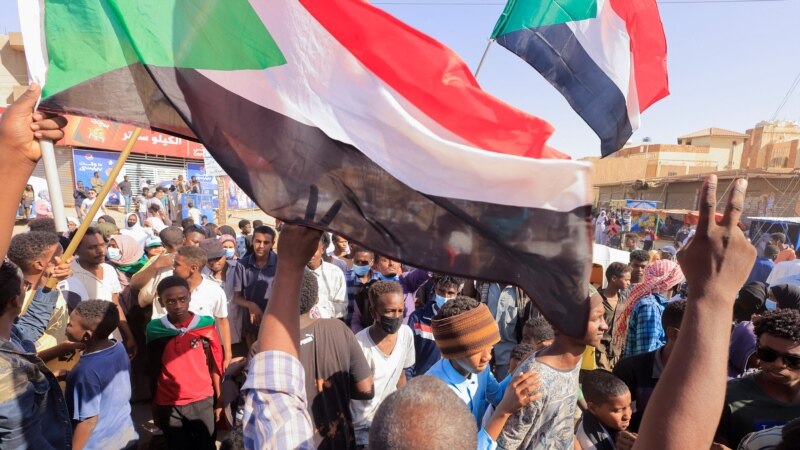 The United States imposed sanctions Monday on Sudan’s Central Reserve Police (CRP) concerning grave human rights violations toward peaceful protesters who have been publicly demonstrating their strong objections toward the military coup in the country.

The US Treasury Department’s Office of Foreign Assets Control (OFAC) said in a statement that the CRP has used “excessive force” toward peaceful demonstrators in Khartoum.

The statement cited the group for firing live ammunition on civilians in January where one protester was shot and later died.

The CRP has been at the front line of Sudan’s military response to protests that came after the military overthrew the transitional civilian-led transitional government in Sudan last October.

“We condemn Sudan’s security services for killing, harassing and intimidating Sudanese citizens. These actions are exacerbating the crisis in Sudan and are a direct contradiction to the Sudanese security services’ stated commitment to participate constructively in a facilitated process to resolve Sudan’s political crisis and return to a democratic transition,” said Brian E. Nelson, undersecretary of the treasury for terrorism and financial intelligence.

The coup in October has hindered power-sharing agreements between civilians and the army who have been negotiating since the 2019 overthrow of Omar al-Bashir, the hard-line dictator who ruled the country for nearly 30 years.

As a result of the imposed sanctions, “all property and interests in property of the CRP that are in or come within the United States, or that are in the possession or control of US persons, are blocked and must be reported to OFAC.”

This is the first time the US has imposed sanctions on a Sudanese institution after the fall of the former al-Bashir regime.