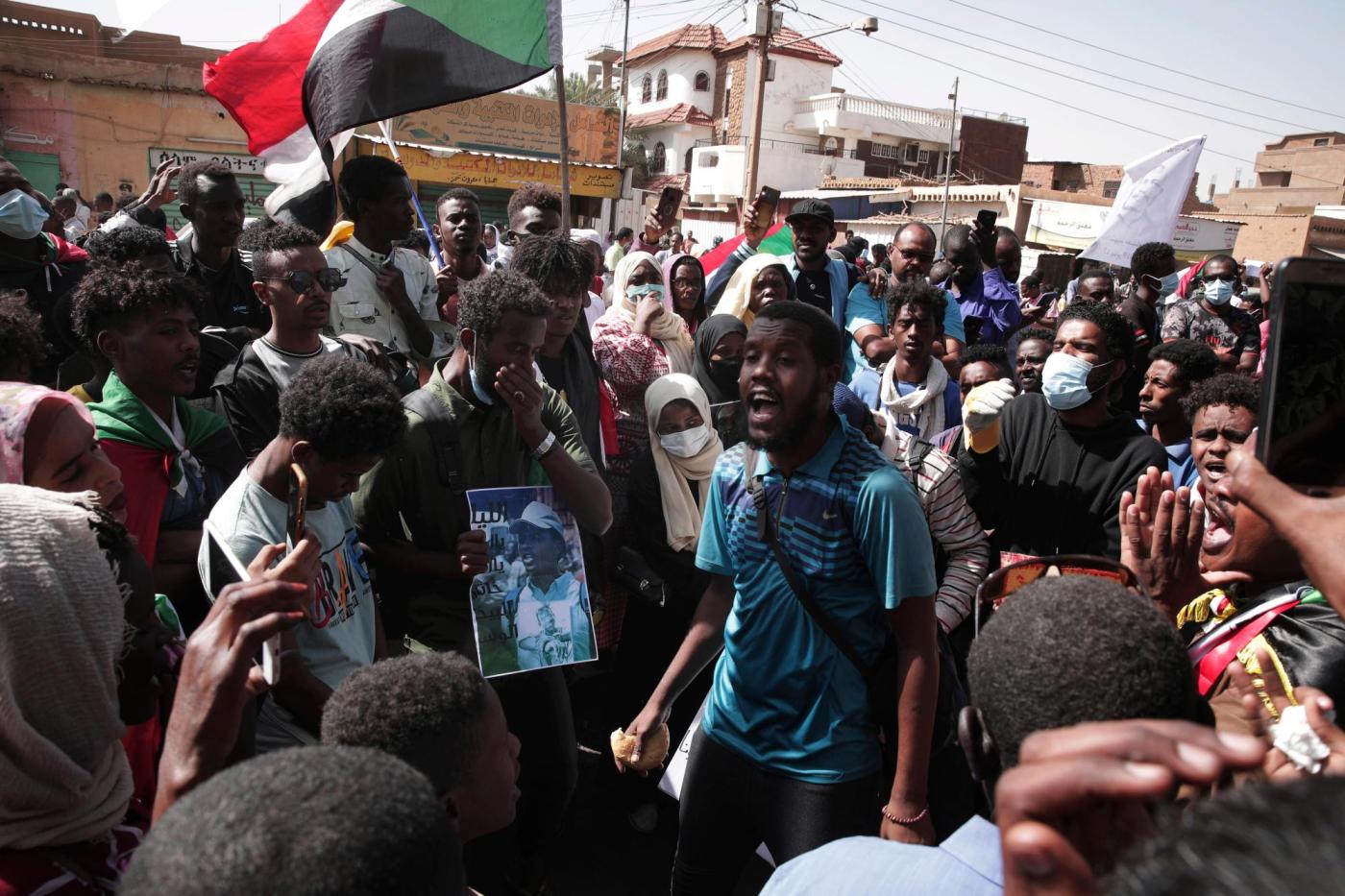 Cairo (AP) – Two senior US diplomats were in Sudan on Wednesday to try to find a way out of the crisis in the African country since a military coup in October. Meanwhile, an Israeli delegation met with the ruling generals of Sudan to strengthen the newly established ties between their countries.

The October 25 military takeover has heightened Sudan’s transition to democratic rule after three decades of repression and international isolation under autocratic President Omar al-Bashir, who was ousted during a popular uprising in April 2019.

According to the US embassy in Khartoum, US Assistant Secretary of State Molly Fey and the new US Special Envoy for the Horn of Africa David Satterfield met for the first time with pro-democracy activists of the Sudanese Professionals Association.

Activists led a rebellion against al-Bashir and are now a pillar of anti-coup protests that have called for a fully civilian government to lead the transition. The embassy said the diplomats also met with another group for the Declaration of Independence and Change on “their positive engagement” with UN efforts to end the impasse. He was expected to meet the ruling generals at the end of Wednesday.

US State Department spokesman Ned Price said earlier this week that Fei and Satterfield would reiterate Washington’s call for Sudanese security forces to “end violence and respect freedom of expression and peaceful assembly.”

Before arriving in Khartoum, the two attended a meeting of the Friends of Sudan Group in Saudi Arabia to support UN efforts to end Sudan’s standoff. The group includes the United States, Britain and other international governments and world financial institutions.

The turmoil in Sudan has escalated since the resignation of Prime Minister Abdullah Hamdok earlier this month. Hamdok, who was ousted in the October coup, was reinstated only a month later under heavy international pressure, stepping down on 2 January after his attempts at a compromise failed.

The Sudan Doctors Committee, which is also part of a pro-democracy coalition, said a demonstrator was shot dead on Wednesday as security forces removed temporary barricades in Khartoum’s twin city of Omdurman.

The barricades were part of a two-day civil disobedience campaign the pro-democracy movement called for a deadly crackdown on Monday after security forces opened fire on anti-coup protests in Khartoum, killing at least seven people. With Wednesday’s death, the death toll among protesters since the coup has risen to 72.

The Sudanese official said the delegation, including officials from the Mossad spy agency, met with General Abdel-Fatah Burhan, coup leader and head of the ruling sovereign council, and other military officials. The official spoke on condition of anonymity because he was not authorized to speak to reporters.

Israeli public TV station Cannes also reported the visit and said the plane carrying the Israeli delegation had briefly halted at the Red Sea resort of Sharm el-Sheikh, Egypt, before heading to the Sudanese capital. Israel maintains close security ties with Egypt, which is the first Arab country to make peace with Israel.

Sudan normalized relations with Israel in 2020 as part of a series of US-brokered deals between Israel and four Arab countries. The agreement paved the way for the reunification of the African country into the international community after two decades of isolation under al-Bashir.

Israel has remained silent after the October coup, indicating that it intends to maintain normal relations with Sudan, previously a top critic of Israel in the Arab world.