US Soccer honors St. Paul’s Tony Sanneh for his work on and off the field 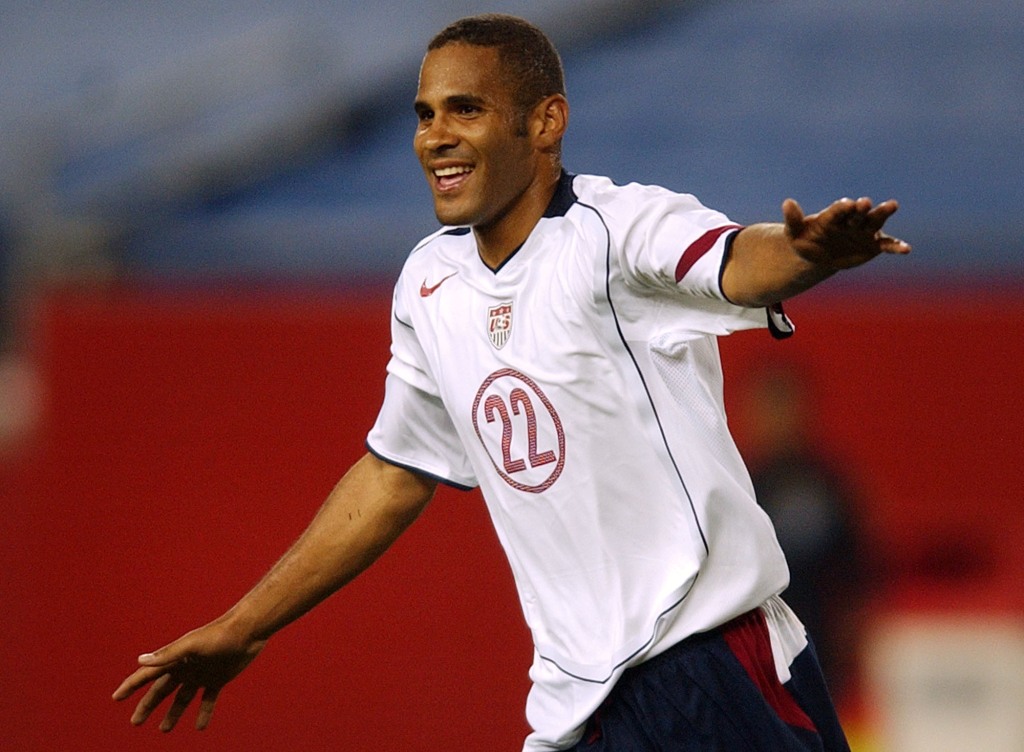 Tony Sanneh was able to witness the first impression a group of students had when they walked into Conway Community Center’s new 130,000-square-foot inflatable dome in St. Paul’s East Side in the last month.

The dome over sprawling athletic fields is one of the latest developments the nonprofit Sanneh Foundation has been able to provide from their city-leased space to a neighborhood in need.

That type of awestruck reaction was also seen from members of US Soccer when they visited to do a story on Sanneh, who was named the game ambassador for the US men’s national team’s World Cup qualifier against Honduras at Allianz Field on Wednesday. The St. Paul native with 43 appearances for the US will be the game’s figurehead when Americans play a qualifier in Minnesota for the first time.

US soccer saw the Sanneh Foundation’s facilities and its educational, athletic and nutritional outreach and felt a short piece on the USMNT alum and foundation founder/CEO needed to be given more time. They plan to release a short documentary on Sanneh and his work as part of Black History Month on Tuesday.

“I’m proud that they saw what we do and that it was more than just me and more than just soccer,” Sanneh said. “It shows what soccer can be a catalyst for.”

Stu Holden joined the USMNT a few years after Sanneh’s national team career ended in 2005, but Holden met him at a US game a few years ago and quickly became one of his admirers.

“One of the things that stuck out to me about (Sanneh) was just he felt the game had given him so much throughout his life and career and he was all about giving those opportunities to other people,” said Holden, who will commentate Wednesday’s game for FS1. “I was so impressed about his selfless attitude.”

The Sanneh Foundation and Conway Community Center are bouncing back from an unsolved arson that damaged their building in June. It hindered and displaced their work for about two months, mostly due to smoke damage that necessitated a large insurance claim.

But Sanneh continues to plow ahead – regardless of how tired he might be. During a half-hour interview with the Pioneer Press last week, Sanneh couldn’t help but yawn a few times behind his mask. There is just so much work, from the foundation’s various outreach programs to preparing for the upcoming legislative session and its big Gala 4 Goals fundraiser at the St. Paul River Center Feb. 26.

Sanneh also touched on other initiatives from starting innovation centers, to housing and growing its food effort and soccer-camp initiatives.

“It’s making this a staple on the East Side for people to come and good things happen,” Sanneh said. “… We know it’s economically picking up the neighborhood, creating more jobs, and it’s becoming a safer place.

“We are a service organization, so (we are about) teaching young people to serve and calibrating our moral compasses,” he added. “I think we can do really well by doing good.”

Sanneh, 50, points to how he approached his soccer career being a stepping stone to his current philanthropy.

After attending St. Paul Academy, Sanneh starred at Wisconsin-Milwaukee before a 15-year professional career that included stints with the Minnesota Thunder, the dominate initial MLS champions at DC United in the mid 1990s, then in Germany with Herta Berlin and FC Nurnberg before wrapping up with a few more MLS stops.

Sanneh debuted for the US men’s national team against China in 1997.

“Being from Minnesota, you aren’t necessarily a late bloomer, but late to be recognized,” Sanneh said. “When you first get on the field and you are playing for your country, it was adrenaline. I remember my heart beating. It was a goal of mine. When you hear the national anthem, that’s when you realize that you are part of something bigger, representing hundreds of millions of people.”

Sanneh went on to play nearly every position on the field for the US men’s national team across his 43 career appearances over eight years.

“I was willing to play whatever position I needed to play to help our team win,” he said. “… I’m entrepreneurial. When you do that, you always have a place on the field. If you truly want to win, you don’t worry about being an all-star. Are you thinking about how am I going to win?”

Sanneh became indispensable for the US men’s national team in the early 2000s. He led the team in minutes during qualifying for the 2002 World Cup and once the US secured a spot, he never left the field during four games in South Korea and Japan.

At one point then-coach Bruce Arena called Sanneh aside “when things were choppy,” Sanneh recalled. “He asked how I was treating my body. I’d say, ‘good,’ and he would say, ‘You know I need you, right? I’m planning to play you 90 minutes and your body has to be ready to play 120.’ ”

In the first group-stag game against Portugal, Sanneh assisted on Brian McBride’s header goal that gave the US a 3-0 lead over Portugal. They would need it as the Portuguese stormed back before the US eventually won 3-2.

The US advanced out of the group stage and in the round of 16, where they beat arch-rival Mexico 2-0. “That was the best of both worlds: You are dethroning them as the head of CONCACAF and advancing to the final eight,” Sanneh recalled.

In the quarterfinals, Germany took a 1-0 lead in the first half and Sanneh nearly tied it with a header in the 80th minute, but his shot traveled just wide and the US lost. It was the deepest advancement for the US in a World Cup since the tournament was much smaller in 1930.

Sanneh shared vivid memories of that tournament and displayed the pride he felt in wearing the red, white and blue. He compared his willingness to play anywhere the US needed him to what he sees now off the field.

“I was happy doing that,” Sanneh said. “In today’s society, you see (others say), ‘Oh, I don’t want to do that. It’s not going to align with my career advancement and goals.’ It’s harder when people are making decisions — and I’m not saying that’s wrong — but making decisions based on their own personal goals versus the goals of the organization they are with.”

Sanneh makes it quite clear he’s more interested in the collective.