USA against TikTok: Congress cracks down on Chinese social network 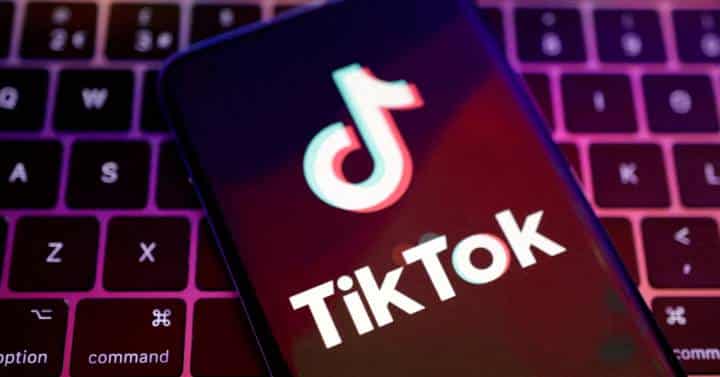 The administrative director of the US Congress ordered the shutdown of Tik Tok Dance last Wednesday with an internal message that isn’t very open to interpretation: “Staff of the House [de Representantes] They are not authorized to download that app on the office phone. If you have already downloaded it, they will contact you to remove it. Catherine Szpindor cited “security risks” for adopting the unusual measure against a foreign company, and anticipated the entry into force of a ban on using the Chinese-owned video social network on equipment owned by the federal government, except In cases in which it is used by the security forces for their investigation.

There are already at least 19 states, most governed by Republicans, that have used the same security concerns to block TikTok on their officials’ phones and tablets. And on December 13, Republican Senator Marco Rubio (Florida) introduced a bipartisan bill called the Antisocial CCP Act. The name stands for legislation to curb the national threat of internet surveillance, repressive censorship and influence, and the Chinese Communist’s repressive teaching algorithms. function.

A few days earlier, in an opinion piece signed with Congressman Mike Gallagher (Wisconsin) in The Washington Post, Rubio wrote: “The application may track mobile phone locations and collect Internet browsing data, including the websites users do not visit.” Huh”. The two also recalled that, according to a 2017 law, Chinese citizens and companies are obliged to share information with the country’s authorities for reasons of national security.

The love-hate story between its owners, ByteDance, and the United States, the country with the most users of the platform in the world with 136.5 million accounts, is not new, but it has registered a peak of animosity in recent weeks . Donald Trump has already threatened to ban the social network in the summer of 2020, which will overtake Google in visits in 2021 and which in just six years has managed to massively change the culture. Like the other numbers in the circus of his last months in the White House, the talk fell by the wayside. Biden put in the drawer his predecessor’s executive order, which gave a local firm 45 days to take over TikTok in the US.

This did not signal a drastic change of course: the new administration has shown continuity with the previous one with respect to its policy of technological rivalry, at the expense of an investigation, lasting more than two years, by the Commission on Foreign Investment (CFIUS in English) Its acronym stands for), under the Department of the Treasury and in charge of overseeing trade agreements with non-US companies. This week, The Wall Street Journal reported on pressure from members of the Pentagon and Justice Department to force a sale of the company’s operating portion as the only solution to security problems. FBI Director Christopher Wray never misses an opportunity to warn about the dangers of the recommendation algorithm and its “potential for influence”.

Upon learning of Congress’s legislative intentions, Brooke Oberwater, a spokeswoman for TikTok, called the ban a “disappointment” and “a political gesture that will do nothing to advance national security interests.” The company has repeatedly tried to downplay concerns about its handling of personal data, claiming that US users’ data is not stored in China, that information is not shared with the Chinese government, and Its headquarters is Gharial in the islands.

Meanwhile, the company, which is especially popular among young people (it ranks second in teen preferences, behind YouTube, according to the Pew Research Center), invests money in pretending to play by the rules, Even as evidence to the contrary mounted: Last week, an internal investigation found that several ByteDance employees had accessed data on American journalists. The tech company has had an office in Washington for years and has gone from investing $370,000 in 2019 to allocating $4.28 million this year to influence legislators’ decisions, according to OpenSecrets.

Experienced cyber security expert Brian Graeck, executive of the specialized company REDW and collaborator in several investigations with the secret services and the FBI, believes that the measures adopted are short. “It won’t stop them from stealing information from the rest of the American people. Some of them may be spouses or relatives of government officials, even with ties to the military, military industry, critical infrastructure, or US intelligence,” he explains in an email.

So applaud Senator Rubio’s initiative. “As they say: ‘Desperate times call for desperate measures.’ This is deliberately created software with spurious intentions, which has set a new standard for breaking the rules and corrupting teenagers, interfering in people’s lives and spying on citizens. None of this is speculation, they are proven facts “, he believes. “Ask 100 TikTok users whether they know how the company they gave it to handles their data, how it tracks their activities, their patterns, their browsing history, their locations, many spies on other things; or if they understand how he manipulates their actions and thoughts based on their age and country of residence. Perhaps two will tell you they know part of that answer. Another reason Is that just because a popular app doesn’t make it trustworthy.

Victoria Jameson, the “creator of TikTok” with nearly 970,000 followers, is confident the company and the US government “will be able to reach an agreement.” In a recent episode, he advised his listeners to “don’t succumb to the negative energy of this time” and keep uploading videos. Plus, they make sure to save content before it disappears “overnight,” as happened in 2016 with Vine, a service of short looping clips (there, the reasons were purely commercial). For Jameson, “it’s all an unbeatable reminder that producers don’t own their audiences.”

Politicians, sensitive as they may be to security issues, also know that TikTok is an unbeatable way to reach potential (and not always easy to mobilize) Generation Z voters. In the war in Ukraine or Biden’s initiative to reduce inflation.

The best-demonstrating case of this untapped power in past legislative sessions was that of John Fetterman, the Democratic nominee of Pennsylvania. His campaign, during which he suffered a stroke, failed in many ways, but was masterful in his use of social media. He has nearly 242 million followers on TikTok, and was elected to the Senate in one of the closest contests to date. His last post is dated 13 November.