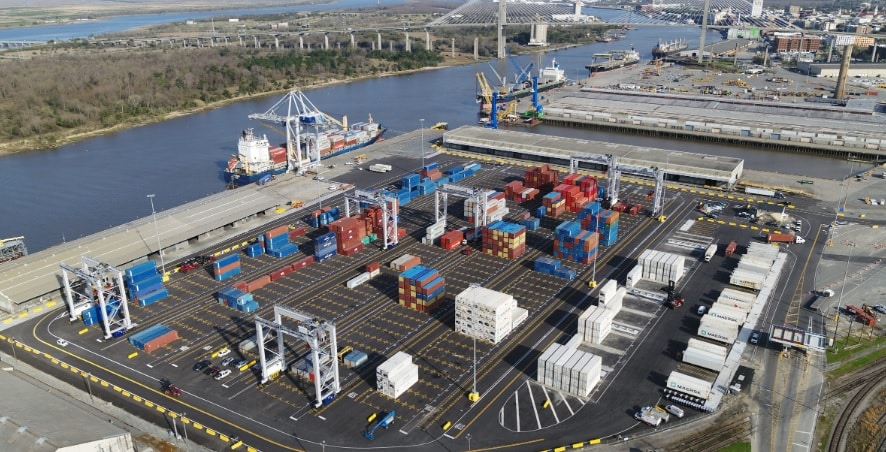 “For nearly 40 years, Ocean Terminal has been handling a mix of container vessels and break-bulk vessels. The realignment is part of a broader effort to convert the terminal into a containerized operation, moving most breakbulk cargo to the Port of Brunswick The completion of this project will improve our flexibility and allow Georgia Ports to optimize cargo movement, helping our customers get goods to market efficiently.” Griff Lynch, CEO of GPA.

Planned to replace breakbulk transported by GPA Colonel Island Terminal Wallenius Wilhelmsen Oceanarium in Brunswick. Construction will initially feature 360,000 square feet of dockside storage for auto processing as well as three additional buildings and 85 acres of auto storage space on the south side of the island.

Work will begin with the reconstruction of the piers to provide 2,800 linear feet of berthing space capable of serving two large ships simultaneously. The dock will be served by new STS cranes, which will reach eight.

In addition to new cranes and wharf improvements, the overall project will bring expanded door facilities and flooring to allow for an annual capacity of 1.5 million 20-foot-equivalent container units. Pier refurbishment is scheduled to begin in January 2023, with the full terminal redevelopment expected to be completed in 2026.

The Port of Savannah is coming off its busiest ever October, in which it handled nearly 553,000 TEUs. Port officials expect container volumes to decline through the end of the year. Lynch said the opening of a new container berth at Garden City Terminal next summer and a decline in volumes from all-time highs will help speed up vessel service, which used to experience delays during peak demand.