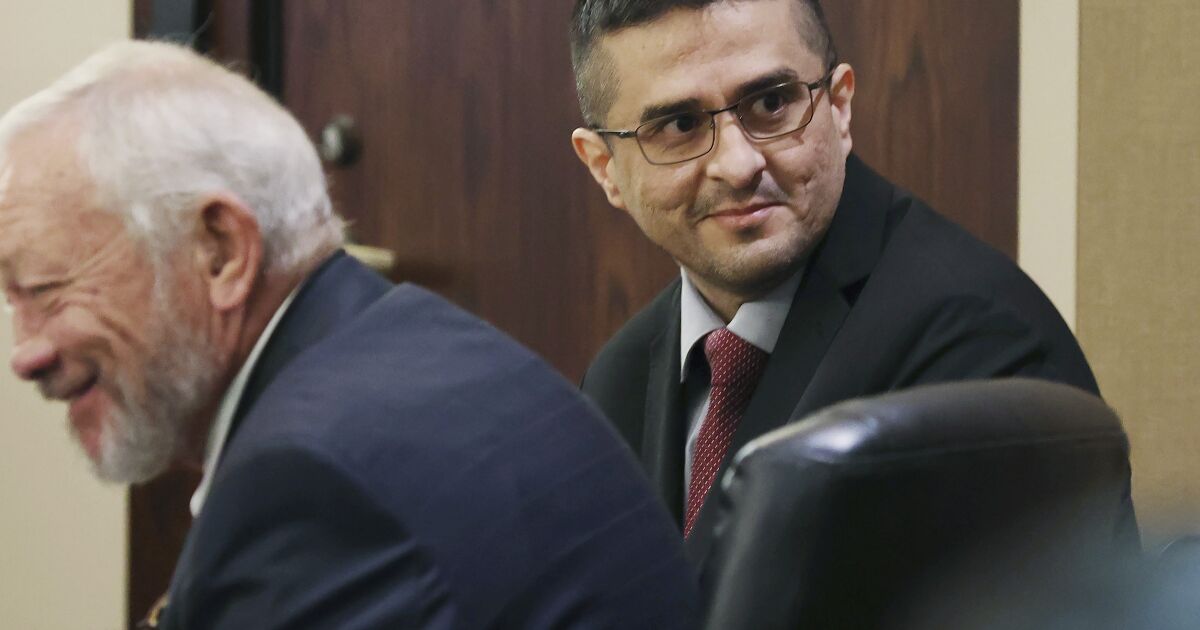 Jurors in a murder trial facing a former Border Patrol agent have heard a recorded interview in which he confessed to killing four sex workers in South Texas in 2018.

If convicted of murder, Juan David Ortiz, 39, faces the prospect of spending the rest of his life in prison without the possibility of parole because prosecutors do not seek the death penalty. The trial began on November 28 and is scheduled to end on Monday.

When Ortiz was arrested in September 2018, he was a Navy veteran serving as a Border Patrol intelligence supervisor. Officials have stated that he was not on duty at the time of the killings and was in civilian clothes. He is charged with the murder of 29-year-old Melissa Ramirez; Claudine Anne Luera, 42; Giselda Alicia Cantu, 35; and Janelle Ortiz, 28.

Each of the victims had been shot in the head and their remains were found abandoned in the streets on the outskirts of Laredo in September. A woman died tragically after being shot.

The San Antonio Express-News reported that in a video played in court last week, Juan David Ortiz told detectives that “the demon came out” when he was driving on a road frequented by women. He told investigators he “wanted to clean up the streets” and called the women “garbage” and “very dirty”.

Ortiz’s attorney, Joel Perez, argued in his opening statement that investigators had reached that conclusion and that his client’s confession was “coerced”. They indicated that Ortiz was “broken” and with “suicidal” tendencies at the time of the confession, in addition to telling investigators that he was blacking out. Perez said Ortiz also revealed that he was a war veteran who was experiencing post-traumatic stress disorder, unable to sleep and having nightmares. He assured that his client was given “a lot of antipsychotic pills”.

The incident that led to the former agent’s arrest was that he managed to escape after a woman, Erika Peña, pointed a gun at him as they pulled up at his truck at a gas station on September 14, 2018. Were on board. Peña, currently 31 years old, testified that Ortiz gave her money to buy drugs, took her to buy them, and then they had sex.

Usually, she said, he was “kind, smart, funny, a normal guy,” but she felt bad that day when he told her he was “the last person” to have had sex with Ramirez, whose body was found in a weeks ago. He testified that he was concerned that investigators would find his DNA.

Peña told the jury, “It made me think maybe he was the one who was committing the murder.”

Luera had been assassinated the day before, on 13 September.

After Peña fled, Ortiz fled the gas station, but was later arrested after officers tracked him down in a hotel parking lot.

In interviews with investigators, Ortiz said that when Ramirez injected herself with drugs he had purchased for her, the woman fainted and “she got angry.” She indicated that she became aggressive when she regained consciousness. Ortiz said he shot her in the back of the head after she stopped so she could go to the bathroom.

The defendant told police that after picking up Luera and giving her a “dose” of drugs, he told her that they should go see the site where Ramirez’s body was found. He said that he “began to pass out.” He died in the hospital after being shot in the head.

Webb County Police Captain Federico Calderon testified that the officers who arrested Ortiz knew about the murders of Ramirez and Luera, and that following Peña’s escape, they learned of the discovery of a third body. Walked, which he later identified. as Cantu.

Calderón said that it was not until Ortiz confessed that he learned of the murder of the fourth woman, later identified as Janelle Ortiz.

Calderon told jurors that the information about the fourth victim was “voluntarily” provided by Ortiz, which “took us completely by surprise.”

Janelle Ortiz and Cantu were both killed hours before Juan David Ortiz’s arrest.

Ortiz said in the recording that he planned to take his life that night and that Cantu told him: “Don’t do it, God loves you.” It was then, he admitted, that he shot her in the neck.

The trial is taking place in San Antonio, in Bexar County, after Webb County requested to move the trial due to heavy media coverage.

Following the arrest, the Border Patrol placed Ortiz on indefinite leave without pay. When asked for an update on his current employment status last week, an agency official said the agency does not comment on “ongoing litigation.”