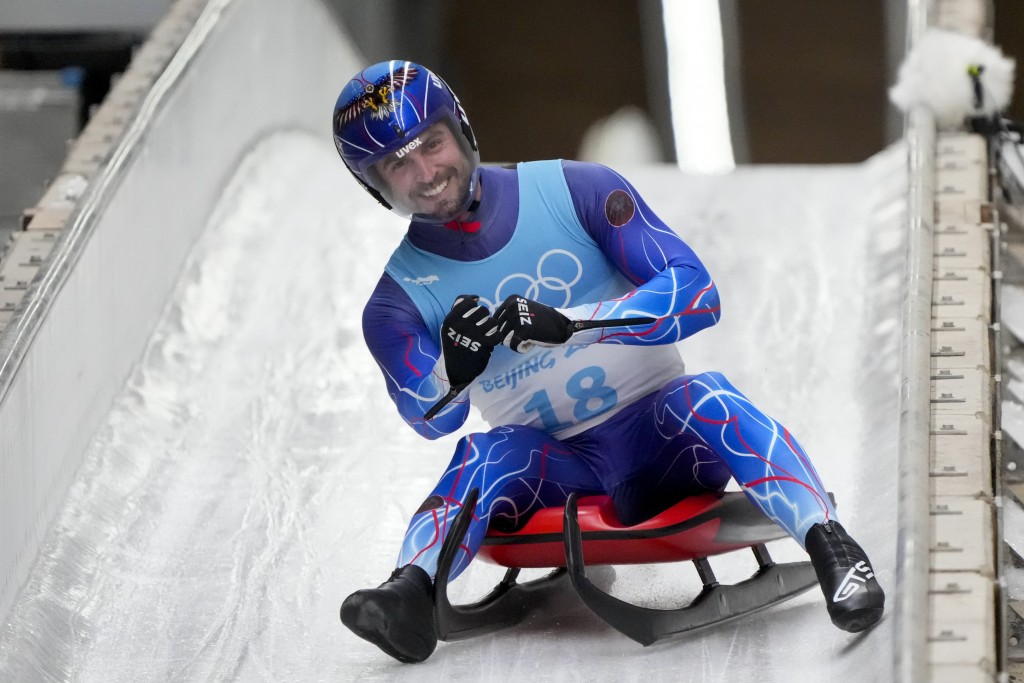 BEIJING ( Associated Press) — USA Luge’s Chris Mazdzer had X-rays on his aching right foot a few days ago, and the results were as expected. It’s still broken.

With that, it became official: The US men’s luge team was never fully healthy at any point this season.

There were no medals for Americans in any major international men’s luge event in this Olympic year, and now all three sliders who represented the US at the Beijing Games — Mazdzer, Tucker West and Jonny Gustafson — are contemplating their futures.

Mazdzer is strongly leaning toward retirement after four Olympic appearances, West needs time to figure out if he wants to keep going and Gustafson hasn’t definitively said that he’ll do another four years leading into the 2026 Olympics.

“I’ll have to go back and really do some soul-searching and make that decision,” said West, a three-time Olympian. “I’m 26 now, which is still young in sport years, but four years adds four years to that age and then you’re getting kind of old. We’ll see.”

The roster is going to change, especially with Mazdzer planning to step away. West wants to see other changes as well.

There is a high-tech element to sliding. Sled design is critical, especially in luge with race times measured to the thousandth of a second. And West believes the US has fallen behind. The results make that tough to argue: Mazdzer was 2.642 seconds behind Olympic champion Johannes Ludwig of Germany after four runs in Beijing, West 3.625 seconds back and Gustafson 5.211 seconds off the pace.

In the real world, a couple of seconds isnt much. In luge, that’s forever.

“It’s the side of the sport that doesn’t get talked about a lot,” West said. “It’s technology. It’s research and development. Quite frankly, we’re just a little bit behind on it right now. In 2014 we were probably ahead and we haven’t quite made any developments since then. If you don’t move for eight years, people are going to pass you. It’s disappointing, for sure.”

To be fair, West said he — and the rest of USA Luge — remain thankful to the team’s technological partners such as Dow and Norton/Saint-Germain. USA Luge just announced a four-year extension to its sponsorship deal with Norton/Saint-Germain, which has been a backer of the sliding program since the 1970s.

Besides financial support, Norton also has its engineers working to reduce friction of the steel runners as they glide across the ice. Less friction means faster times, and every sliver of a second matters.

“I’ve seen what it’s like at the top,” West said. “It’s hard to have that slowly fall away from you. But I think we can get back there. We have some of the best partners in the world through Norton and Dow, some of the smartest engineers. We just need to find a way to organize a little better and do a better job on our side of things.”

Mazdzer got hurt in a preseason training run and limped through the year, while trying to compete in both singles and doubles. He was the top American at the Olympics again, finishing eighth in Beijing and earning a spot in the team relay on Thursday. West was 13th in Beijing, his best Olympic finish, and Gustafson was 19th.

Only the top 20 in the standings after three runs made the fourth run at the Olympics; the US was one of five nations to have three sliders make that cut.

“We all made the last run here which is no small feat,” West said. “There’s a lot of things that still need to be addressed at the organizational level, but I think overall we have a strong base.”

One good sign that came from the Olympic race: All three American men exceeded their World Cup standings. Gustafson was 20th in the ranking this season, two spots ahead of Mazdzer and three spots ahead of West.

“That’s what it is about this sport: You have to be perfect,” Gustafson said. “Just being able to compete here with these world-class athletes, it’s been an honor. It’s incredible to be here.”