USA may play a friendly match against Germany next summer 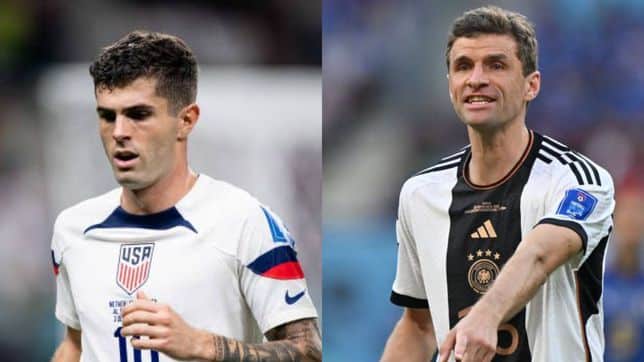 after getting out qatar world cup 2022 In the Round of 16, after losing to the Netherlands With the help of the United States National Team us soccer He’s already starting to plan his 2023A year in which they could face important friendlies against major world powers.

One of them is the German team, which may have considered traveling to the American continent as part of preparations for Euro 2024.Competition in which they will host.

According to Bundesliga journalist, Derek Rae, Germany coach Hansi Flick may be considering a trip to the US in the summer of 2023. That is why the four-time world champion and the federation of the United States will be interested in concluding a friendly duel.

Although there is no exact date or anything concrete to complete the friendly duel, One factor that would facilitate the match between the two teams is that Germany is not qualifying for the Euro Cup as it is the host country, whereas America It does not consider continental competitions except the CONCACAF Nations League.Which will not interfere with the plan for facing the manshaft.

The Germany (men’s) national team is considering a trip to the USA in 2023, but Bundestrainer Hansi Flick won’t be taken on an exact date.
When asked about a possible summer trip, Flick said, “It would be conceivable but I don’t know if it will happen in June.”

The team led by Greg Berhalter will face their Colombia counterpart on January 23. in Carson, California.

Later it will be till the month of March when Official competitions return for Team USA as it faces the CONCACAF Nations League, The competition in which the group stage will kick off against Granada and El Salvador respectively.

Once this instance is passed, The Stars and Stripes team could face the Final Four of the Nations League in June, looking for the second final in their history and to revalidate the title they won against Mexico in the summer of 2021.