USA: Rates may remain high due to low labor force 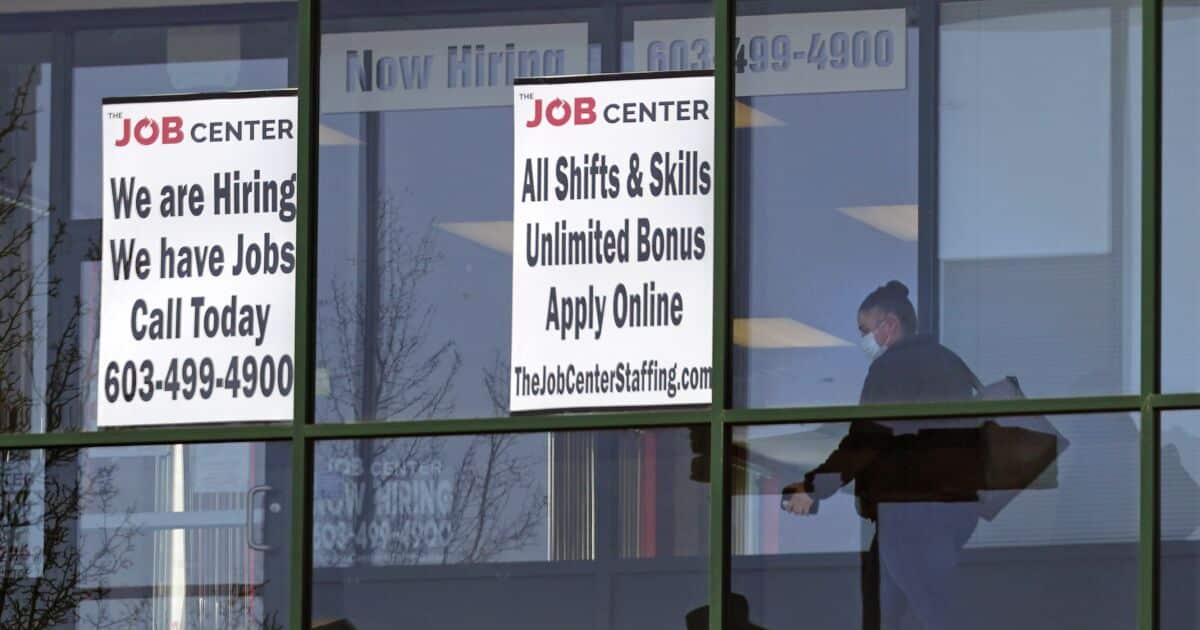 Still eager to hire, US employers are posting more job openings than they did 2½ years ago before the COVID-19 pandemic hit the world. The problem is that there are not enough applicants. The country’s labor force is smaller than it was before the coronavirus hit.

The reasons vary: an unexpected wave of retirements, a decline in legal immigration, the loss of workers due to deaths and diseases from COVID-19. The result, however, is that employers have to compete to hire workers from a smaller pool and constantly have to offer higher wages to attract them. This is a trend that could lead to higher wage growth and higher inflation in 2023.

In a recent speech, Federal Reserve Chairman Jerome Powell said that the reduction in the number of workers and the resulting increase in average wages are the remaining primary drivers of price increases that continue to hurt the economy.

Although inflationary pressures have eased slightly from recent levels, the highest in four decades—average gasoline prices are now below where they were a year ago—costs are still rising rapidly. Most of the large service sector of the economy. As a result, the Fed was expected to raise its benchmark interest rate on Wednesday—and did so—for the seventh time this year, to a level lower than it did recently.

Taken together, those rate hikes could help prevent inflation from rising too quickly. But they have also led to a sharp increase in the cost of debt for consumers and businesses on mortgages, car loans and credit cards, among other loans. Many economists have warned that a recession is likely in 2023 as a result of the collapse in borrowing and spending.

However, with rate hikes still very high, Powell and other Fed officials have stressed that they expect to keep rates at their peak levels for a long period of time, possibly into next year. On Wednesday, members of the central bank’s rate-setting committee forecast a range of its key short-term rate from 5% to 5.25% by the end of 2023.

In line with a sharp slowdown, officials also forecast the economy will grow very little next year, expanding just 0.5%, less than half of what was forecast in September.

The higher wages that many employers are paying do not always lead to higher inflation. If companies invest in more efficient machines and technology, workers can become more productive: they can increase their output per hour. In that scenario, businesses could raise wages without raising prices.

But productivity has been particularly weak over the past year. And Powell notes that higher wages will drive inflation much higher in the services sector, which ranges from restaurants and hotels to retail stores, medical services and the entertainment sector. Employers in those sectors are labor intensive, and tend to pass their higher labor costs on to their customers through higher prices.

Higher wages also encourage Americans to continue spending, a trend that could perpetuate the cycle that keeps prices high.

“This labor shortage that we have,” the Fed chair said, “doesn’t look like it’s going to go away anytime soon.” It’s been very disappointing and a little surprising.”

According to research by the central bank, the main reason for the labor shortage is the increase in pensions. In his recent speech, Powell said about 3.5 million fewer people now have a job or are looking for a job than pre-pandemic trends. Of those 3.5 million, about 2 million comprise “excessive” retirement, which would have been a much higher increase than would have been predicted for pensioners based on preexisting trends. Nearly another 400,000 people of working age have died of COVID-19. And legal immigration has decreased by about one million people.

For Diane Soni, it was the experience of working from home and then experiencing a very unpleasant return to her office that led her to retire after working 11 years as a computer programmer on the University of California, Santa Barbara campus. Had to happen Before the pandemic, Soini enjoyed coming to work. She felt respected by her colleagues. He had asked for, and was given, his office.

“And then the pandemic came and took all of that with it,” said Soini, 57, who lives in Santa Barbara.

She didn’t like communicating via Zoom and felt isolated from her co-workers. Once he returned to the office, he often found it largely empty. The motion-sensitive lights would go off, and I’d have to walk past them to turn them back on. Soini said that the women’s toilets in her building were often closed.

Soini retired in July. Soon after, he hiked 800 miles (1,287 km) of the Continental Divide Trail along the Montana–Idaho border. Next spring he plans to extend the Arizona National Scenic Trail from the Mexican border to Utah.

He said that the financial condition of Soini and his partner is good. He estimates that his chances of returning to work are about one-third. She left a volunteer job once this job started happening.

Besides fueling inflation, a smaller workforce is having other consequences. Some businesses, especially retail stores and restaurants, have had to cut hours of operation, suffering a loss of revenue and turning away their customers.

Jeffrey Moriarty, who runs a 42-year-old family-owned jewelry company called Moriarty’s Gem Art in Crown Point, Indiana, said his company had to close its jewelry repair business late last year, a service he had provided for 30 years. As he was unable to replace the employee he had long ago. Although repair service only generated about 15% of Moriarty’s revenue, it allowed the company to differentiate itself from its regional rivals.

“Workers are hard to find, but a bank jeweler is an endangered breed,” Moriarty said, referring to the artisan who does the stone setting and engraving. “You can’t bring on someone who lacks experience.”

The way the Fed handles a strong labor market, its impact on inflation could prove dangerous. Powell and other central bank officials have said they expect their rate hikes to slow consumer spending and job growth. Then companies will withdraw many of their job offers, which will reduce the demand for labor. With less competition for workers, wages may begin to rise more slowly.

Even Powell mentions a salary target: He believes an annual salary increase of about 3.5% is compatible with 2% inflation. Currently the average salary is increasing more or less 5% or 6% annually.

Matt Klein, an economic commentator who writes The Overshoot newsletter, asked, “What is being done to slow wage growth to a degree that reduces inflationary pressures?” “We don’t really know the answer.”