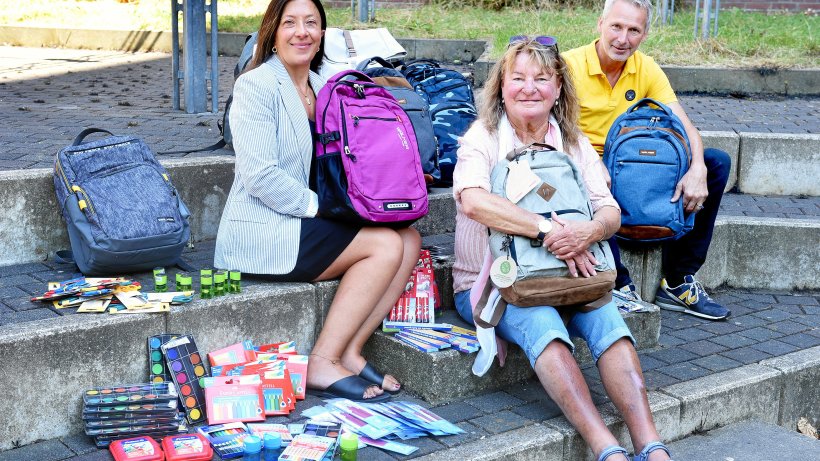 Hagen.
American Vanessa Peimolar calls Hagen her second home. He collected funds for refugees from his students and colleagues.

It’s like going full circle. 26 years ago, Vanessa Peimolar of New Jersey was an exchange student in Hagen. She lived in Volmstadt for a year and attended the Theodor-Heuss-Gymnasium (THG). Now she’s back in Hagen, she loves the city, she’s heard that Hagen has taken in so many refugees from Ukraine, and she wants to help: “I want to help the kids, because Children are what you see, innocent victims.”

Vanessa Piemöller (43) has been a German teacher in Newton/New Jersey for decades. As she prepared for her trip to Hagen, a wave of refugees from Ukraine was in full swing. Many came to Hagen, about 1,600 people from the Eastern European country, mostly women and children, now living in the city.

Hagen. many Ukrainians in

At her school in Newton, Vanessa Pemmolar began raising funds for war victims. She told her students that she would fly to Hagen in the summer, that many refugees were trapped there, including many students, such as students in Newport – with the difference that the rug was torn from under their feet. was Ukraine. She wants to help these students.

German students and colleagues from Newport to Vanessa Piemöller raised an amount equal to 1000 euros for refugees from Ukraine, and the teacher received the same amount from her Facebook friends, among whom she had called for donations. After arriving in Hagen, she spent the money on knapsacks, scissors, pens, exercise books and other school supplies. “It’s intended for those who need it most,” said the American.

Meanwhile, she has contacted several schools whose Ukrainian students should benefit from teaching materials, including “her” former school, Theodor-Heus-Gymnasium, and the secondary school in Altenhagen, where her former host mother, Krista Müller-Kordt. Still works as an English teacher. “Vanessa’s project impressed me a lot,” Hegenerin says: “She’s like a second daughter to me.”

According to the city administration, 190 children from Ukraine attend a primary school in Hagen. About 210 students were admitted to secondary level I and about 50 to vocational colleges. Five Ukrainian children with special educational needs were placed in special schools in Hagen.

give something back to another house

It is important for the people of the war-torn country to be able to participate in everyday life in Hagen – after all, no one can say how long the war will last and when the refugees may return to their homeland.

In her homeland (New Jersey is on the east coast of the United States) there were many Americans of German descent, and she herself has German roots, reports Vanessa Piemöller, who is at least happy that she has Hagen, the city with which He is still can feel connected to this day could reply: “Hagen is like a second home to me. I always love to come here, I know my way very well and I will be there as soon as I get there.” Would love to go shopping.”

Of course, much has changed since her first stay in the 1995/96 school year, but her relationship with Hagen has remained.

To find out what’s happening in Hagen every day: here for free wp-hagen-newsletter sign in!

More articles in this category can be found here: Hagen