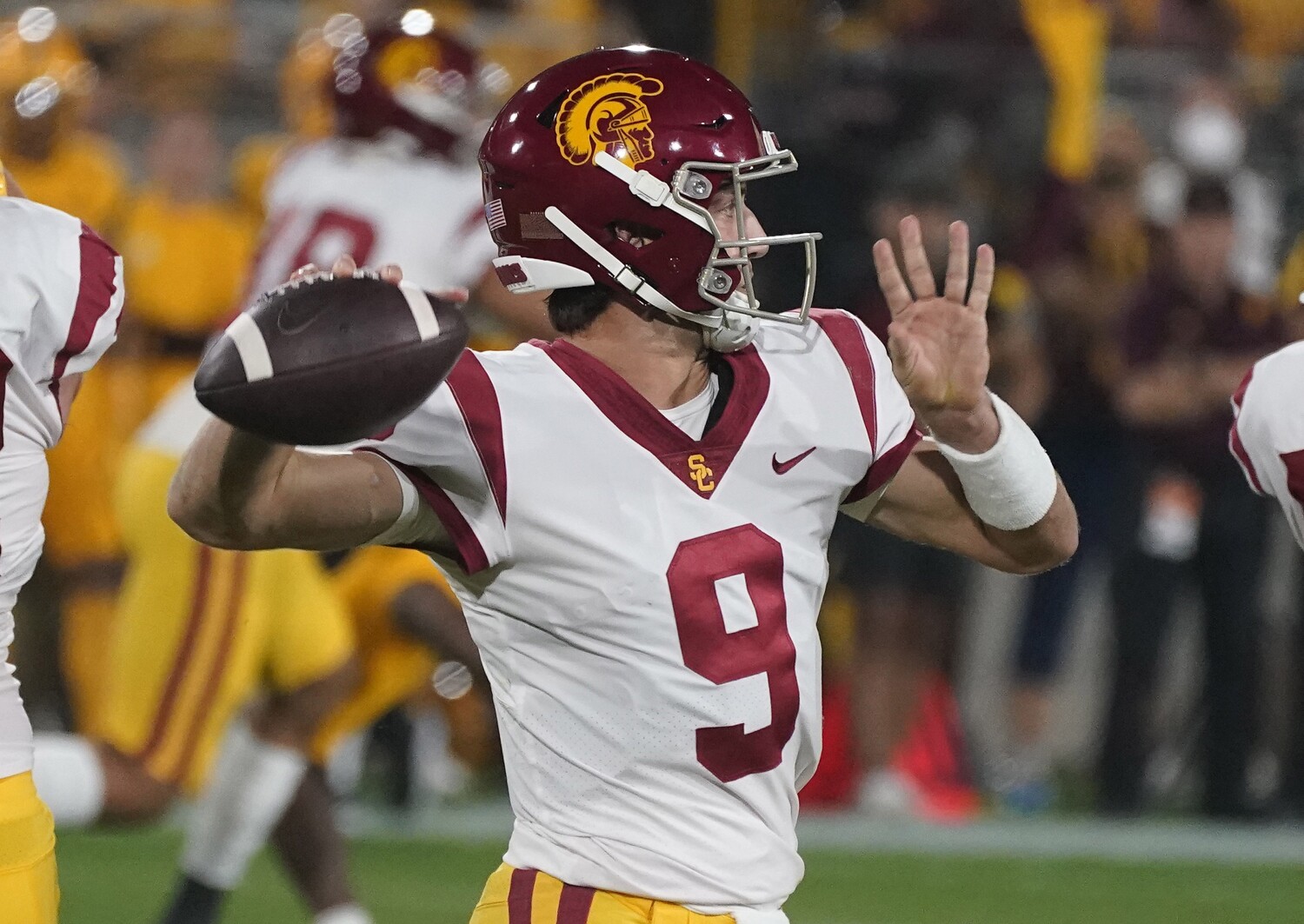 The already uncertain quarterback situation became even more troubling on Tuesday as USC’s Kedon Slovis missed training with a lower leg injury, leaving freshman Jackson Dart to take over as the first team in that position.

Slovis was injured during Saturday’s defeat to Arizona but showed no clear signs of pain after the game. On Tuesday, he visibly limped and wore a sleeve on his left knee.

Trojans interim coach Donte Williams said Slovis was “day in and day out,” but cryptic when discussing a return to competition with Dart, with whom Slovis had changed the last two games.

“Right now, we are fortunate enough to continue the competition as soon as Kedon comes back healthy and see if he ever gets healthy,” Williams said. “This is an injury, and you do not know what it can lead to.”

When asked if Slovis might need surgery, Williams replied in the negative and then added, “I hope not.”

“We haven’t looked so deeply into it. It’s just day by day now. Look where he is.

Slovis will have an extra week to allow his sore leg to heal after Saturday’s USC-California match was postponed due to positive COVID-19 cases in California.

This extra time could help USC reclaim yet another offensive weapon. Titend rookie Michael Trigg, who missed the last three games with a knee injury, was dressed for Tuesday’s training, but in limited numbers.