Use the best Diablo Immortal Items for the chosen classes 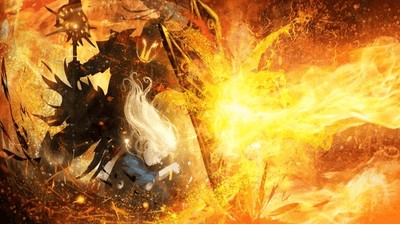 Picking the suitable class is always the first wall the players will face when playing any Diablo game. Which characters should gamers consider using in their playthrough?

The highly popular ARPG series made a comeback with its newest installment. Diablo Immortal is tagged as an MMO ARPG and the first game from the series to grace the gaming community in five years. Naturally, players are hyped up about it and gearing themselves to explore the game’s contents. From new battle mechanics to fantastic Diablo Immortal items, the latest MMO ARPG has a lot to offer. Fortunately, gamers will find familiar grounds regarding the classes.

While NetEase and Activision did tweak the mobile game a bit to fit mobile gameplay, some elements are still the same. Diablo Immortal classes have been carried over from its predecessors, Diablo II and III. While players explore the realm of this new MMO ARPG, they will be able to integrate themselves smoothly into the mobile game’s gameplay because of their familiarity with the existing jobs.

Fans will undoubtedly enjoy the return of their favorite classes, such as the bloodthirsty Barbarians and the mighty Wizards. As of late, there are a total of six characters that players can use as they enter the realm of the Sanctuary. Here are all the classes that are currently usable in Diablo Immortal:

These are the currently available jobs in Diablo Immortal. However, there have been speculations that some of the classes from the previous games might also return to Sanctuary. These characters include the Amazon and the Witch Doctor.

Each character specializes in a specific aspect of the game and has varying functions depending on the situation. Some of these classes are easier to use than others, while some require players to be more technically skilled. Here is the overall ranking of the classes based on their difficulty and overall versatility:

These dark arts users have strong AoE attacks that they can cast from a relatively safe distance. While they mainly lack mobility, their summons provides enough breathing space to use their abilities. In PvP, they are exceedingly strong supports with their strong crowd controls and movement disruptions.

These Demon Hunters are lethal in either solo or group content as they have deadly single-target abilities and powerful spread damages. Their attacks also pack the same punch in PvP content as they can snipe down foes from afar. While these rogues lack any defensive capabilities, their high mobility allows them to move from harm’s way and continue their barrage of arrows.

Barbarians are considered the most well-rounded class in the game since they balance offense and defense. They can also hold their own in both player-versus-player and player-versus-environment situations. The only drawback is that they are relatively weak in the game’s early stages, but they are almost virtually unstoppable once they scale.

In PvP, Wizards will have a relatively easy time even when they are squishy. They can take down opponents right before they can reach them. However, these magic-users may have difficulty in PvP if they are not skilled enough. Due to their high damage output, Wizards are generally focused on fights, so those who intend to use this class need to know this character’s ins and outs to survive long enough to cast their spells.

Crusaders may have difficulty doing solo content due to their lack of single-target abilities for bosses and long cooldown durations for the AoE attacks. However, this class is high in demand for most group content, including PvE and PvP. Raid groups always welcomed any Crusaders in their ranks due to their invaluable buffs. Meanwhile, these holy knights provide strong support abilities during team fights.

Monks mix durability and mobility into their kit. Rather than tanking attacks, they rely on their movement and dashes to avoid damage. In solo PvE, they might have a more challenging time than other classes due to their damage output being similar to that of Crusaders. However, they predominantly excel in group content. For raid groups, they can quickly provide substantial buffs and support abilities. In PvP, they are tough to avoid and deal with due to their multiple crowd control abilities and bonuses.

Can Players Change their Class?

While it is not yet available, Diablo Immortal will introduce a class change feature later in the game. This system will allow players to transition from one character to another, which will reset their current skill set. Gamers will receive new sets of items after their transfer, but they will still maintain other forms of progression they have gained in the previous playthrough, such as Paragon levels.

This ranking is subject to change since there are potentially new classes that will be added soon. In the meantime, players can explore Sanctuary and obtain powerful Diablo Immortal items with the currently available characters. Gamers should always base their class choices on their personal preferences to enjoy the game entirely.

Presidents and dads over the years: gifts, missteps, grief

Robin Talbot: My Problem with the Citizens’ Assembly on Biodiversity Loss