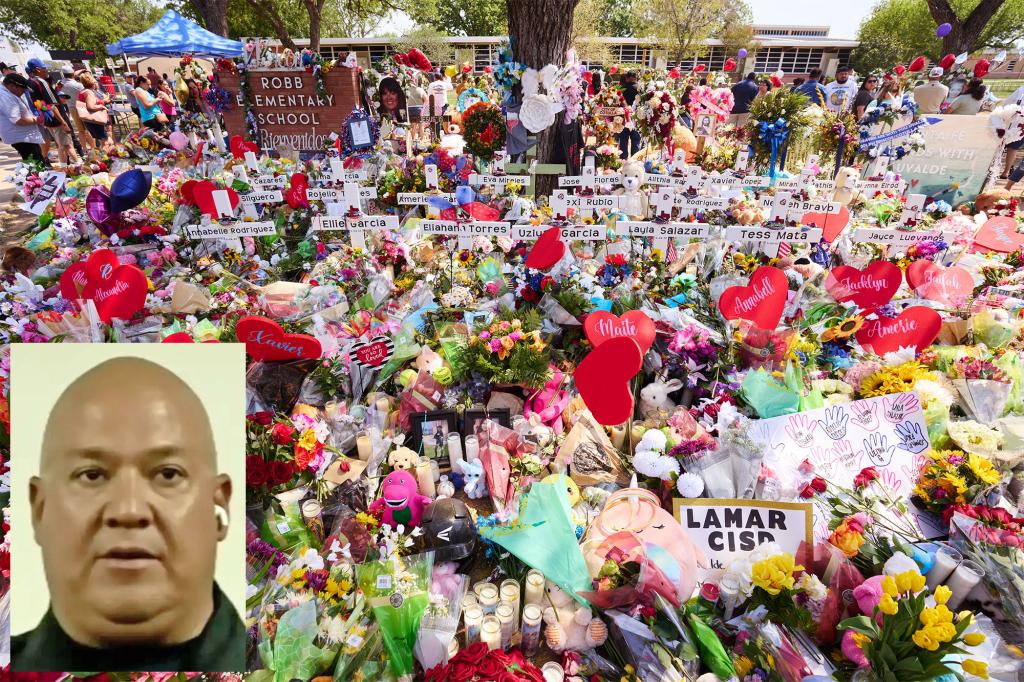 Uvalde officials have canceled a city council meeting scheduled for Tuesday, where a local police chief – dealing with last week’s deadly school shooting – was scheduled to be sworn in as a new member.

School District Police Chief Pete Arredondo was elected to the council earlier this year – but has been hiding in his home under police protection as he allegedly spent more than an hour last week allowing police to enter a local elementary school. While a teenage shooter laid siege. within. Nineteen fourth-graders and two teachers were killed before the killer was eventually shot dead.

“As of Tuesday, our focus is on our families who have lost loved ones,” the city said in a statement to Mayor Don McLaughlin and the council on Monday.

“We begin to bury our children tomorrow, innocent victims of last week’s murders at Robb Elementary School. The special city council meeting will not take place as scheduled.

But the statement suggested that Arredondo would eventually be sworn in, adding that the city has no process to prevent him from ever taking office.

“Pete Arredondo was duly elected to the city council,” the statement said. “There is nothing in the City Charter, the Election Code, or the Texas Constitution that prevents them from taking the oath of office.

“To our knowledge, we are not currently aware of any investigation into Mr. Arredondo.”

The swearing-in of chief was set to take place just a week after 18-year-old Salvador Ramos broke into Rob Elementary with an AR-15 assault rifle and began his stampede.

Arredondo has since come under heavy criticism after police were reportedly ordered to stay outside the school for more than an hour while youth inside called 911 for help and frantic parents Begged the police outside to raid the school.

On Sunday, the Justice Department said it would conduct an independent investigation into the police response to the mass shooting at McLaughlin’s request.

“I believe the assessment will be fair, transparent and independent,” Meyer said in the statement on Monday. “The victims’ families deserve answers, and the truth will be told.”

The announcement to cancel Tuesday night’s council meeting came as the first two vigils were being organized for the victims of the school massacre.