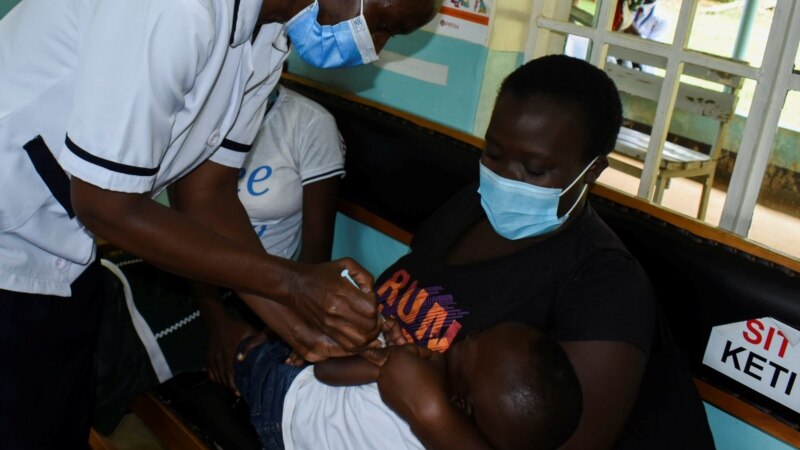 Ahead of World Malaria Day, the World Health Organization recommends expanded use of the first malaria vaccine, calling it a potential game changer in the fight against malaria.

Malaria is a preventable, treatable disease. Nevertheless, malaria sickens more than 200 million people each year and kills more than 600,000. The majority of these deaths, about half a million, are among young children in Africa. That is, every 60 seconds a child dies of malaria.

Despite this bleak news, the outlook for malaria control is promising, due to the development of the world’s first malaria vaccine. The World Health Organization calls this achievement a historic breakthrough for science.

A pilot program was launched in 2019 in Ghana, Kenya and Malawi. Since then, the World Health Organization reports that more than one million children in three countries have received the malaria vaccine.

Mary Hamel is the head of WHO’s malaria vaccine implementation programme. She said the two-year pilot program has shown that the vaccine is safe, viable to distribute and reduces fatally severe malaria.

“We saw a 30% drop in children being brought to hospitals with deadly, severe malaria. And we also saw about a 10% reduction in all child mortality. If the vaccine is widely implemented, it is estimated that it could save an additional 40 to 80,000 children’s lives every year,” she said.

The WHO reports that the Gavi, Vaccine Alliance will provide more than $155 million to support the expanded introduction of a malaria vaccine to Gavi-eligible countries in sub-Saharan Africa.

The vaccine against malaria was being developed before the production of the COVID-19 vaccine. Hamel said the WHO had learned a lot from that effort, which could be used in the development of a malaria vaccine in the future.

“We know there have been new platforms that have come forward since the COVID vaccine, including the mRNA platform and now the developers of one of the mRNA vaccines are hoping to develop a malaria vaccine using that same platform,” he said.

Last July, BioNtech, maker of the Pfizer-BioNtech COVID-19 vaccine, announced that it wanted to build on that success by developing a malaria vaccine using mRNA technology. The drug company says it aims to start clinical trials by the end of this year.