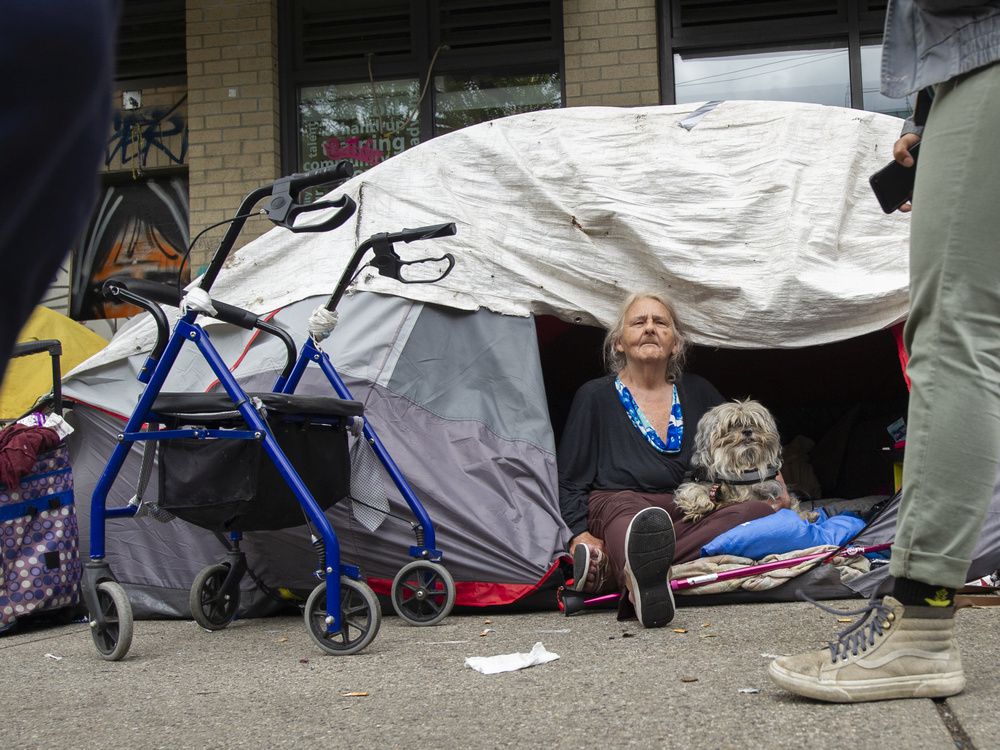 A city councilor and Downtown Eastside advocates say the city of Vancouver should stop sending its staff along with the police to do a daily “street cleaning” of the belongings of homeless people on the Downtown Eastside.

They say the sweep – which happens at least once a day, sometimes twice – violates constitutional, human and civil rights.

Her proposal supports calls from DTES advocates who have been calling for an alternative to the practice for years, and the city says it is in talks with community groups to find solutions that will keep sidewalks clear.

In his proposal, Swanson called the sweeps a “harmful exercise” during which people took away family memorabilia, photos, identification documents, survival gear, such as blankets and cords, and accessories, such as walkers, and even Lost ashes of loved ones too. ,

But a city spokesman said in an email that city workers only “remove litter, trash and structures to reduce roadblocks to keep sidewalks and city property passable, clean and safe for all” and “Staff are trained to remove discarded material, not to remove items that are clearly personal items.”

And the police also say that they never removed personal belongings nor asked people to move along. VPD spokesman Konst said officers followed a request from City Hall to pick up garbage on East Hastings Street with city staff. Tania Vicintin.

“This request came as a result of safety concerns expressed by sanitation workers,” she wrote in the email.

From July 1, he said, the police would no longer accompany the staff as it was not considered the “main police service”.

Maggie Jessop, who is in her 50s, and her mother, Fay Burns, who is in her 70s, said that about a week ago they set up their tent, bedding, rugs and pallets to sleep in the 100 block of East Hastings. had lost. After leaving the concessional accommodation due to pathetic conditions in the last two weeks.

They said they had left the tent to walk three or four blocks to the washroom when they woke up. When they returned, the pitcher workers were dumping their temporary home in a truck.

“The police wake you up every morning and tell you it’s time to get up, and you have to take everything down,” she said. That morning, “we had only gone to the washroom and we were three tents down when they started tearing everything down.”

Swanson’s proposal states, “Cleaning of streets perpetuates a cycle of displacement that undermines the dignity, safety and well-being of people who rely on public spaces, community organizations and the housing uncertainty experienced by the City of Vancouver.” undermines efforts to meaningfully support those who do.”

That term and other parts of its motion are similar to a report recently released by the Vancouver Area Network of Drug Users, the Coalition of Peers Dismantling the Drug Wars, and the Pivot Legal Society called Stop the Sweeps.

The report and proposal also asked the city to come up with an option to confiscate or to give notice to residents at least 24 hours before the seizure and to provide a receipt with details of what was taken and instructions on how to recover them has gone.

And they say the council needs to write to the province to advocate for adding “social status” as a protected basis in B.C.’s Human Rights Code.

A city spokesman said staff have been working with community groups for three months and will have more details “in the coming weeks”.

Vince Tao, a community worker at VANDU, said street sweepers with pitchforks and trucks come from the neighborhood at 9 a.m. and sometimes at 3 p.m. He said the local people have welcomed him.