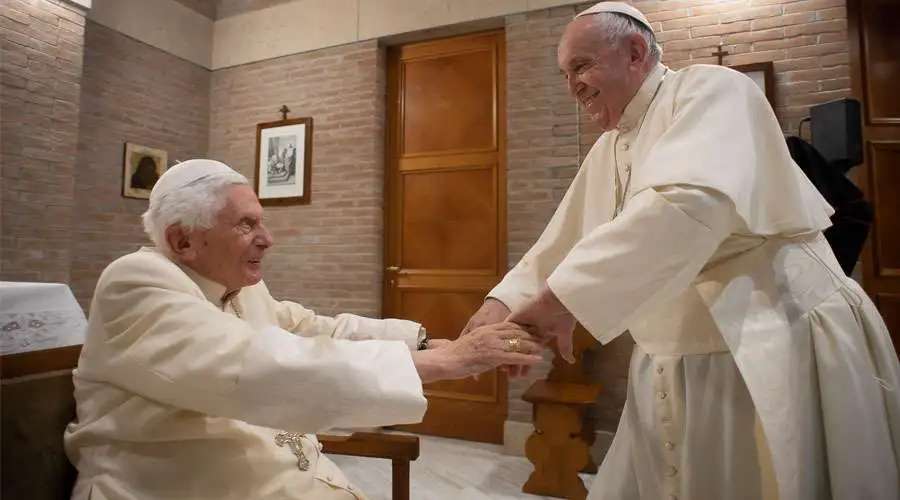 The Vatican confirmed that the health of Pope Emeritus Benedict XVI had deteriorated in recent hours, but that “the situation is under control, being constantly monitored by doctors.”

Thus, Pope Francis visits Benedict XVI in the monastery mother of the church At the end of the general audience, Matteo Bruni, director of the Vatican Press Office, reported on 28 December.

“Regarding the state of health of the Pope Emeritus, for whom Pope Francis asked to pray at the end of general audiences this morning, I can confirm In the last few hours there has been a problem due to aging, At the moment, the Vatican authority said, the situation is under control, being constantly monitored by doctors.

For his part, Pope Francis requested prayers for Pope Emeritus Benedict XVI because “he is very ill” and “in silence he is supporting the Church”.

Before thousands of faithful gathered in the Vatican’s Paul VI Hall for the traditional weekly general audience, the Pope offered a special prayer for “Pope Emeritus Benedict, who silently supports the Church.”

Later, Pope Francis asked to “remember her” because “she is very ill”, to which he encouraged “God to give her comfort and to keep her until the end in this testimony of love for the Church”. .

Along these lines, the director of the Holy See Press Office indicated that “we join “Pope Francis” in prayer for Pope Emeritus.”