A US mother has been sentenced to life in prison for starving her 18-month-old son. The vegetarian family eats only raw fruits 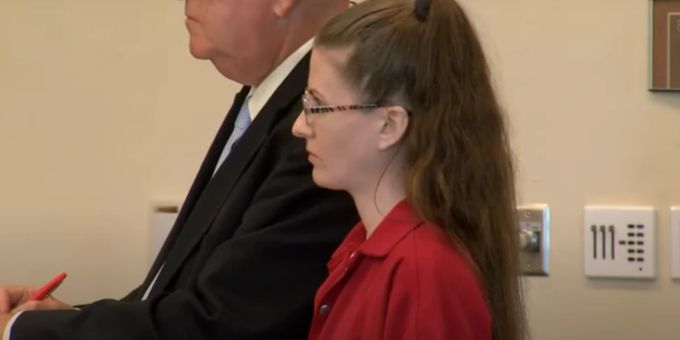 A Florida mother has been sentenced to life in prison for starving her 18-month-old child. – YouTube / ABC7 SWFL

A vegan woman has been sentenced to life imprisonment in the US state of Florida. Sheila O’Leary, 39, a mother of three, starved her 18-month-old son. The vegetarian family ate only raw fruits and vegetables, and the baby also received some breast milk.

Do you eat vegetarian?

When he died in 2019, Little Ezra weighed less than eight kilograms. He was the size of a child of only seven months at the age of one and a half years due to brutal malnutrition.

After his death, doctors found that Ezra had not been given food for a full week. The couple’s other two sons (3 and 5) were also severely malnourished and neglected by their parents.

“Ignoring the Cry of the Baby”

Prosecutors said of O’Leary’s decision: “She made a conscious decision to ignore the baby’s crying. She wouldn’t have needed a scale to see her bones.”

According to the indictment, the parents called emergency services after Ezra stopped breathing. According to the police, the girl had shown symptoms a night before. However, Sheila and Ryan O’Leary went to bed instead to care. By the time they got up it was too late.

Read Also:  Elizabeth II, Airbnb hostess least thought of: How is the house the Queen rents in Sandringham

Her husband Ryan O’Leary, the father of the deceased Ezra, would appear in court later in the year. He is currently in custody in Florida.