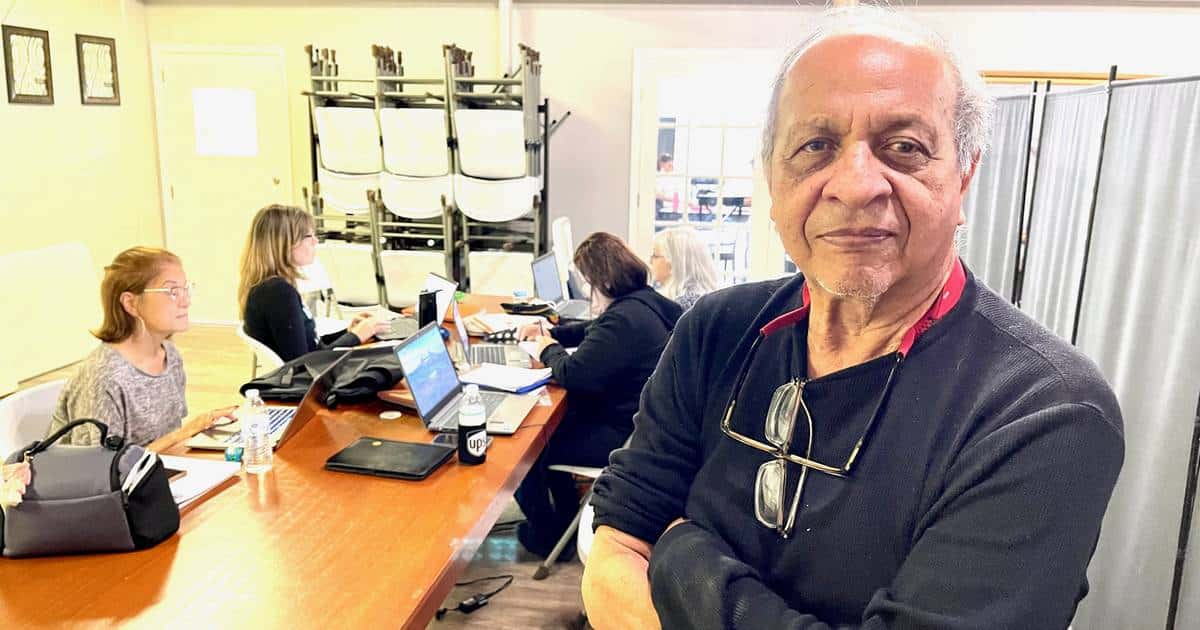 After a successful medical career of more than 50 years as a cardiologist in Venezuela, Doctor Ricardo Araria can’t erase from his mind the day he saw his partner one afternoon at a Caracas bank. He was later abducted along with his wife.

“They found him dead in the night as they could not take money from him. It was a time when many kidnappings were happening in Caracas and when I saw that it had happened to someone very close to me, I decided that I had to leave, leave everything behind, because I was mad,” Araria told El Sentinel Orlando.

“You can’t live like that, in fear that the same thing will happen to you or your family. It wasn’t bad financially. I had my own office. Sometimes, when I finished my day and went to the doctor’s office When I left the hospital, people would stare at me and I would leave with the money because the banks were closed at the time and patients in Caracas paid in cash,” the doctor explained.

While training at the facilities of Jesus of Nazareth Episcopal Church in Orlando, Araria gave his testimony on the sidelines of this newspaper. Next to him were other doctors and other professions, all from Venezuela, all refugees who had come from that country seeking a safe place for themselves and their families.

In this process of giving up everything and living in peace, these doctors not only lost their country, their home, their environment and some of their families. He lost his profession because he could not practice in the United States.

“As a cardiologist with 50 years of experience, my training is not considered here,” Araria said.

“Sometimes, when I go to the doctor to see myself, or when I pass a hospital or an area where there are clinics, I get very nostalgic and want to go back to the practice, but Equality for foreign doctors here in the United States is very complicated and very expensive. It can cost you thousands and thousands of dollars, and even if you do pay it, you are not guaranteed that I am sure you will pass the test despite the lack of Spanish speaking and humane doctors.

The workshop that Araria was taking was offered by Dr. Virginia Brown. Brown was born and raised in Venezuela, but his case is a bit different. His father was American and worked in the oil industry. This made him an American citizen.

As a child, Dr. Brown was raised in a multicultural world where Venezuelan traditions sometimes mixed with North American ones. “I feel Venezuelan, but I learned to love American culture. Since I was little, they taught me the language because there was an oil ‘boom’ in Venezuela at the time and there were a lot of people from the United States,” she said.

In the 1990s, already a professional in the field of health, Brown moved to the United States

“When you leave your country there’s a sense of loss that invades you and then it becomes depressing. It’s a bereavement that someone lives,” said the mental health expert.

Brown directed the training of these Venezuelan doctors and other professionals who were preparing to be employed in health education functions because they could not practice their professional roles in the United States.

“They have already helped with community events promoting health services by offering vaccinations or providing information to participants,” Brown explained.

That’s what Susana de la Fuente, a public accountant and attorney who moved from Venezuela about three years ago, did. “I’ve been able to help people with event logistics and whatever is needed,” he said.

“These doctors who have given up their professions and their businesses which they have built with so much sacrifice are just a sample of the difficult situation in their country which is such that they have done everything to come here and live in a humble way left it. They are valuable and brave people,” said Father Jose Rodriguez, vicar of Jesus of Nazareth Church in Orlando.

“He has chosen to make that sacrifice rather than align with a corrupt government that promotes death.”

The priest explained that the first group of doctors from Venezuela arrived in Orlando during the COVID pandemic thanks to financial support from the Hispanic Federation and the United Way. Donations from both organizations helped pay for her salary so she could continue working on behalf of Hispanic communities.

“We brought them to do the COVID test and they volunteered, but in my heart I did not want such a serious job to be a gift, but that they get a proper salary,” explained the religious leader.

Then, thanks to another contribution from Career Source of Central Florida and the Black Nurses Coalition, they were able to fund a program to educate them in the health fields that Dr. Brown directed.

“Maybe they can’t provide treatment, but as doctors they can provide guidance and knowledge to the community. They have helped with issues like Covid, monkeypox, they have helped change the mindset that this is a There is no disease that only affects gay people”, said the priest.