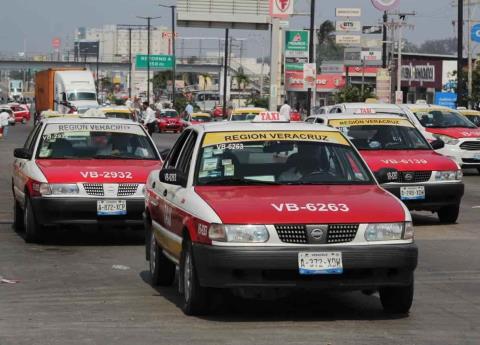 He highlighted that the last month of the year 2022 had a lot service demand And that was positive for workers behind the wheel, but with that boom came problems like crime.

“We closed out the year a little difficultThere was a period, practically what December was stolen various vehicles in the state, here in the metropolitan area veracruz-Many vehicles were stolen in and around Boca del Rio.

“I calculate that they may be around 20 cars The ones I know of were stolen, of which probably 8 were not recovered; Here we are going to talk about the metropolis that corresponds to Alvarado and Cardel passing through Boca del Rio, veracruzZampa,” Ortiz Martinez said.

“The driver is handcuffs for at least 2, for 3 and up to 4 subjects or for one Moto with a weapon (…), we are in a helplessness Total,” Ortiz Martinez pointed out.

he said the month is over Strike it’s december because crime They know there’s a little more money because of the Christmas bonus and they look down on not only the people who bring an expensive car, but everyone they know, because they know a lot of people like to keep a low profile. so as not to attract attention and go unnoticed.