Vicky Xipolitakis loses case against her ex: Justice turned her back on me 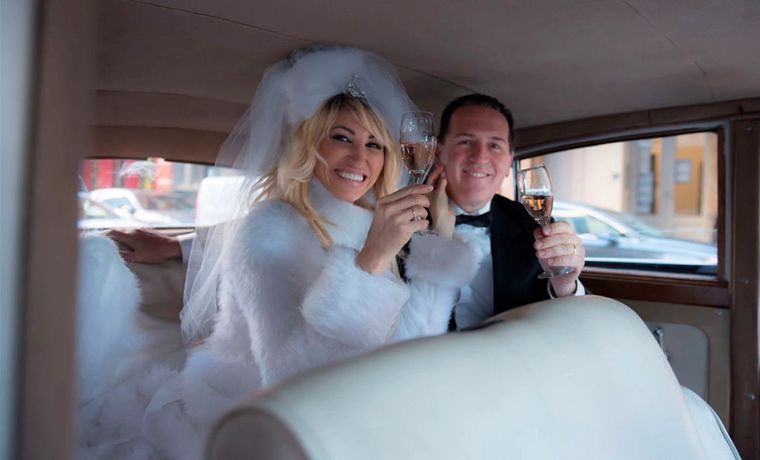 This Thursday revealed the verdict of a trial that began in 2019, when Vicky Zippolitakis denounced her husband Javier Naselli for sexual violence.

The case dates back to December 2018, when Xipolitakis and Naselli staged a fight at their home, which captured media status when audio of the former Vedette’s call to 911 was leaked.

Although the model at the time denied that it was an act of violence, months later she experienced another similar incident and decided to report it.

This Thursday the result of a three-year process coincided with the repugnant regime of the “Greeks”, who did not take long to talk about it on their social networks.

In an Instagram story, Xipolitakis began by thanking those who were with him in his process, and ended by regretting that Justice had “turned his back on him.”

“I thank Dr. Silvina Bruno and her entire prosecuting team for the excellent work. To my lawyers, Dr. Walter Weisswin and Dr. Lorena Tuffrell. For my love for the great controversy and all those witnesses and professionals. For those who have declared and denied the violence I have experienced”, he wrote.

In addition, Xipolitakis sent a message to the women so that they would not stop condemning this type of violence. “Never lower your arms that in the long run there is always justice,” he advised them. 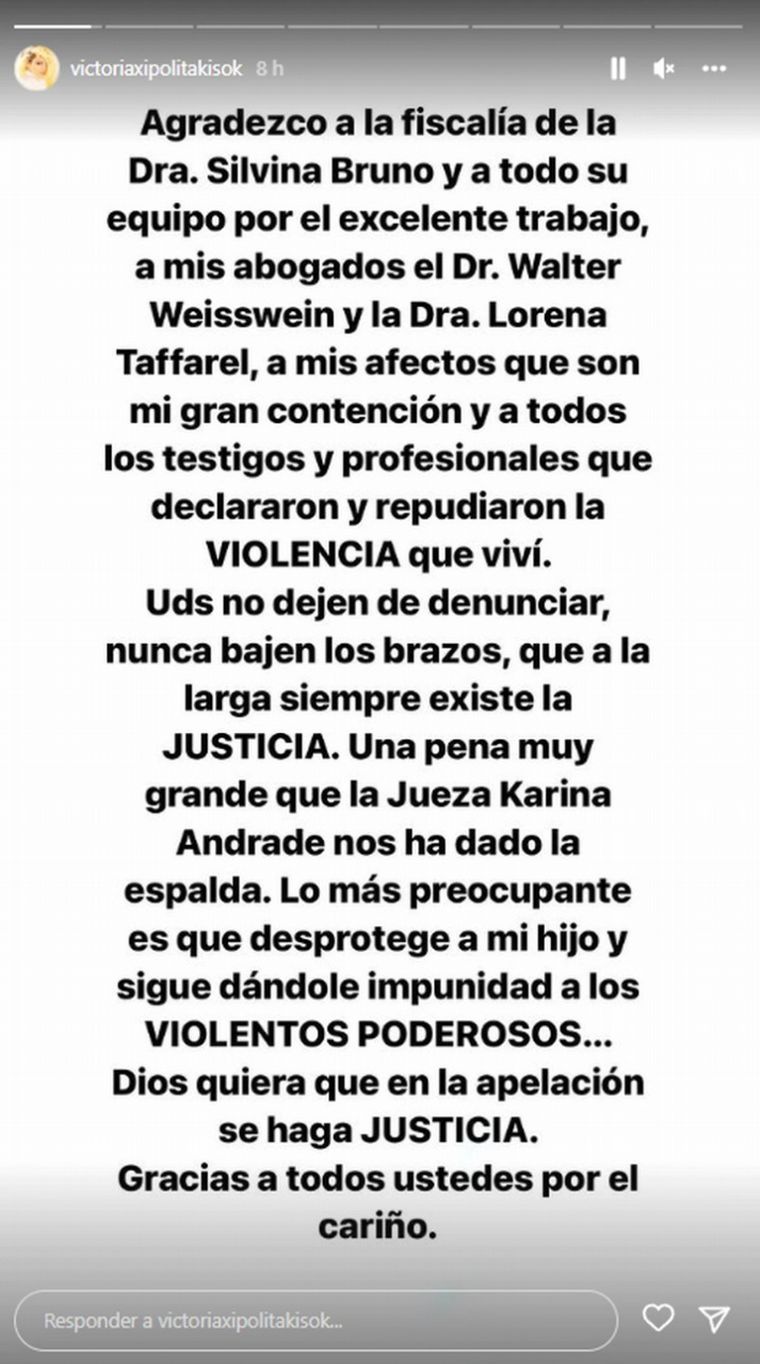 “It is a matter of great shame that Judge Karina Andrade has turned her back on us. The most worrying thing is that it leaves my son vulnerable and keeps the violent and the powerful with impunity.” “God will, justice will prevail on appeal. Thank you all for the love,” he concluded.

Meanwhile in the program on the same Thursday lamReleased by the US, Javier Naselli’s defense attorney, Guadalupe Guerrero, details the sentence.

“Today is a very exciting day, we are happy and happy with the result. The hardest thing with Javier was knowing that he was telling the truth. There were very difficult moments where he was questioned a lot and not listened to, The lawyer said.

Xipolitakis, who has a son with her ex-husband, speculated that she would appeal the decision.