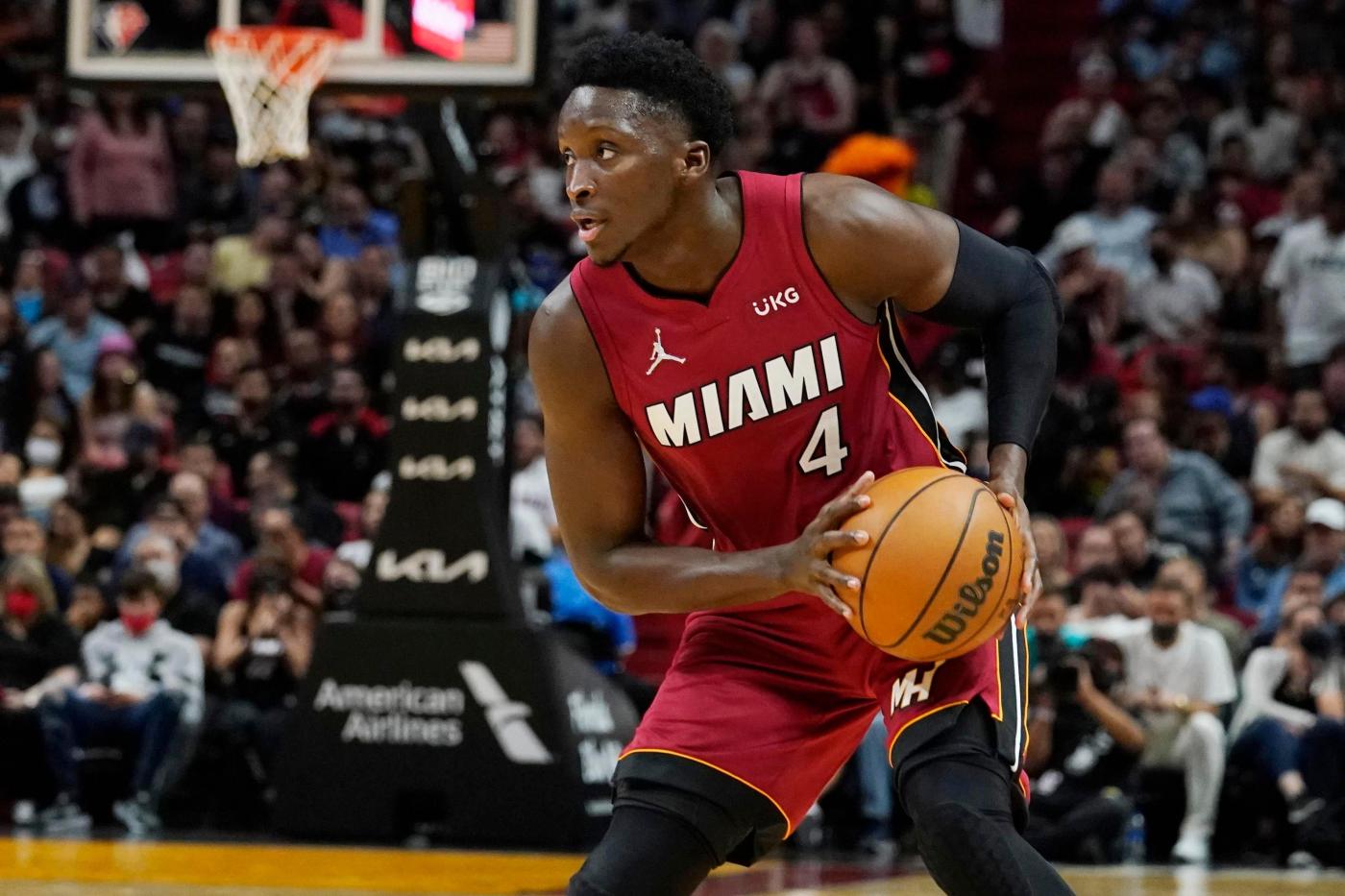 The Heat took a big step toward getting fully healthy last week.

Although a couple players, including All-Star Jimmy Butler, are dealing with minor injuries, the two Miami players who had long-term injuries both returned to the floor. Guard Victor Oladipo, who had not played since April 8, 2021, came back on March 7. Forward Markieff Morris, who had been out since Nov. 8, returned on Saturday.

“At the end of the day, we’ve both been through a lot,” Oladipo said. “We were given this opportunity, this chance, to be back in the swing of things and back with this team. So we both are looking forward to making the most of it and doing our part and helping the team be successful.”

Oladipo, who returned from quadriceps surgery, has played between 14 and 18 minutes in his three games back on the court, scoring 20 total points and notching five rebounds and nine assists. He sat out Saturday’s loss to Minnesota.

Morris, who suffered a neck injury in his Nov. 8 run-in with Nuggets center Nikola Jokic, played 17 minutes in his return on Saturday, notching six points, four rebounds and one assist.

“It felt good to be out there and playing,” Oladipo said. “Felt good to be able to get up and down and play the game I love. At the end of the day, it’s not always going to be perfect but I’m going to have the perfect approach, perfect mindset. So everything else will take care of itself.”

Heat coach Erk Spoelstra said the numbers are not the important part of players’ return from injury and that these first games back on the court are about getting back into a rhythm.

“When you get it taken away from you, it gives you an incredible perspective when you come back,” Spoelstra said. “That’s what it’s about. It’s not about evaluating or giving out grade reports every single game. It’s just about getting out there, getting more acclimated, getting in game shape and figuring out how to help our team win.”

Spoelstra has been playing Oladipo in a pair of roughly 7.5-minute stints in each game, and he said the plan is to keep that for the time being.

“The problem with that is those seven minutes go by like that,” Spoelstra said.

“That’s what I told him beforehand, ‘This is what we’re going to do for the foreseeable future.’ He’s so excited about just having any kind of opportunity for any minutes, I just warned him that those minutes will fly by. You’re going to blink and that seven and a half minute stint is done. We’ll work through that. There will be a little bit of an adjustment for that and he has been terrific about it.”

Spoelstra said Oladipo will have to play “winning basketball” in his time on the court, but he knew it would take time for Oladipo to return to his full ability.

“We’re really excited about his skill set that he can bring to help us on both sides. He’s just a true two-way player. But it’s going to take some time, and I’m aware of that and I’m willing to do it. I keep on going back to it: The perspective is this is a big-time win, just him being out there and playing in these games and being able to bounce back and have a great practice like today.”

Oladipo and Morris join a Heat squad that has been rolling, winning seven of their past 10 games. Miami is currently 21 games over .500 and has a 2.5 game lead over Chicago for first place in the Eastern Conference.

“There is no ceiling,” Oradipo said. “I think that the sky is the limit… for this team. We’ve just got to keep improving.”