VIDEO: Impressive moment a man caught a shark and brutally attacked it with a hammer 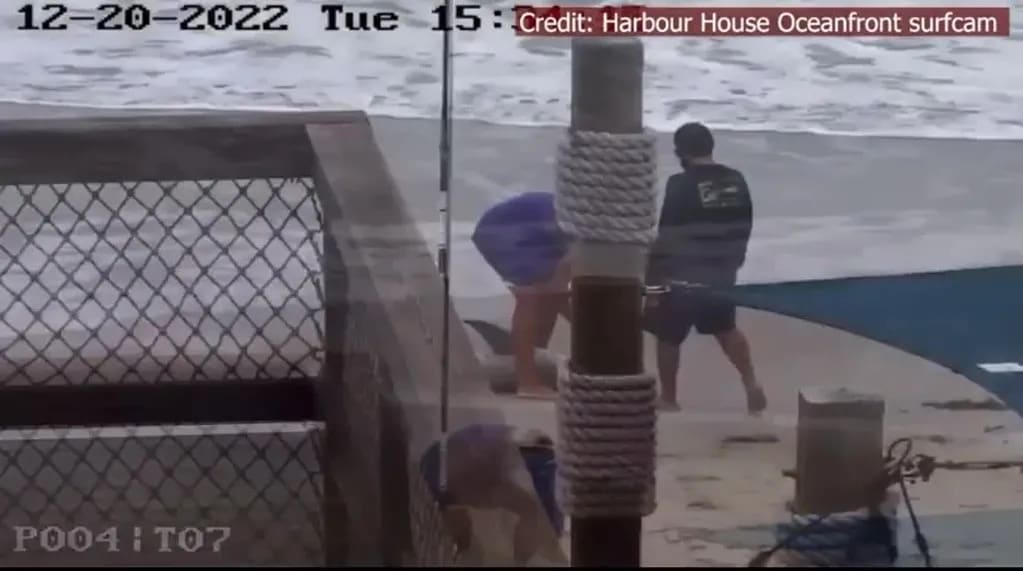 A woman and her colleague were preparing to attend a wedding when they saw a man hammer attack to a shark in the city of Indian Harbor Beach in the state of Florida, The incident happened in front of the venue on Tuesday afternoon Harbor House Oceanfront Venue,

faith madsen Viewed the entire sequence. The woman remarked that she had gone out to see what a fisherman had caught along the beach when she saw the man nearly catch a shark. two metersdragged him onto the sand, removed the hook, took a hammer and started hitting him on the head,

Read also: Animal abuse: A man punches a poodle on the floor and ends up in custody

,My partner and I were amazed to see that this was happening right in front of our property”, expressed the young woman.

there was a shark attack recorded for one of security cameras Of the beach Indian Harbor Beach police said video showed two men grabbing the animal and repeatedly hitting it on the head with a hammer before pulling it back into the water.

Read also: Chaco: They left a dog tied up on the train tracks and a train driver stopped its training to save it

“As someone who grew up here, who also eats fish, and has friends who do, to see something like this happen to an animal it was just haunting and terrifyingMadsen said. And he concluded: “We have beaches full of families and kids and he’s done this in front of them before, it’s really challenging.,

Word from the Florida Fish and Wildlife Conservation Commission

Government agency (FWC) has confirmed this start an investigation around the case, and it has become possible identify the attacker who starred in the recording. Although the commission did not guarantee that the man would face charges, it did acknowledge that They will not reveal the name of the attacker Due to protocol issues.

Read also: Extreme mutilation in the United States: a man was arrested for raping a friend’s dog in front of a minor and destroying a church manger

Under Florida law, a person who cruelly abuses or kills an animal or commits animal cruelty can be charged with a misdemeanor that results in Imprisonment or fine of up to US$5,000,