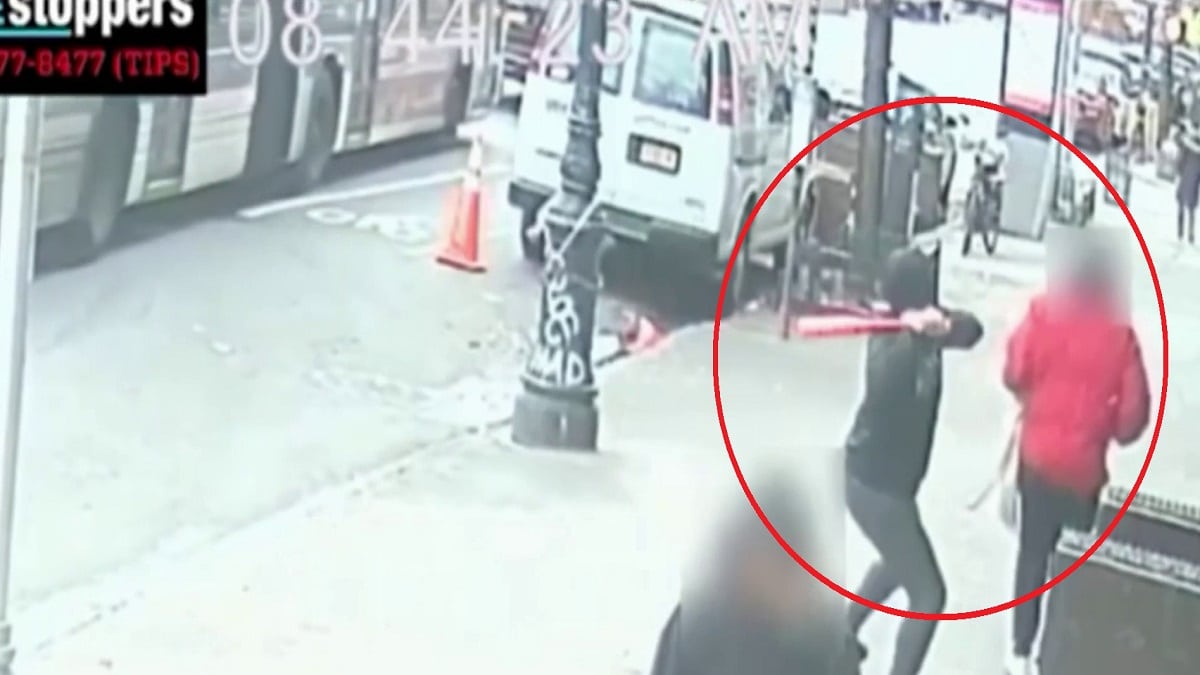 NEW YORK — Officers are searching for a suspect in an attack on a Manhattan sidewalk in which he struck an unidentified man multiple times with a baseball bat, police said. Everything was recorded on a surveillance video.

A surveillance camera captured the victim, wearing a red jacket, as she casually walks down the sidewalk at the same time the alleged assailant, hooded and dressed in black, grabs her. The suspect briefly walks away from the victim before removing a brightly colored baseball bat from inside his pants.

The video then shows the alleged perpetrator taking a few quick steps towards the victim and throwing the orange bat to the ground, swinging it behind the 47-year-old man’s head.

The suspect is seen in the video as he yells at the victim and proceeds to apparently suggest that he might kill her a second time. He then walks away with the bat while continuing to yell at the victim.

Police said the man had a head injury and some injuries. He was taken to a hospital in Harlem to be treated for his injuries.

The motive behind the attack is still unclear, and police have not provided additional details regarding any conversation that took place between the two men prior to the violent attack.

The suspect was last seen wearing a “Nike” hoodie and gray sweatpants. Anyone with information on his whereabouts is asked to contact Crime Stoppers at 1-888-57-PISTA.